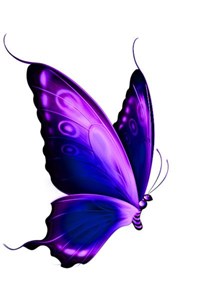 IV. Freya, a Meddler, and The Noble

As Freya finished with eating her apple, she thought that it should be about time for Laguna to 'wake her up' and see the letter Freya left on her bed. When that happens, perhaps they would send a squad to search for her. Since Freya still felt like roaming around the city, she thought that being on the move would make her harder to find rather than sitting still at the bench near the water fountain. She noticed that the weather was also getting cloudy gray, it might just rain, and if nature supports her, it would make her even more harder to find if so.

After walking for a while, taking random paths, she found a gathering of people crowding a certain place. Naturally, that made Freya curious and that made her eager to know. It was brought to her attention that the crowd was so absorbed in what they were looking, that they didn't notice and avoid Freya as she was passing through. She didn't like their expression though, as they showed anger and sorrow. Most of them were holding their fist tightly by their side. As much as Freya was concerned, those were all signs of powerlessness. Although faint, she could hear someone writhing in pain. Curiosity killed the cat; perhaps she had gotten herself involved in something unpleasant.

What she saw was a brutal scene where a person was one-sidedly beating another. Freya assumed from his fancy clothing that the person who was dominating was a noble (he also have guards standing behind him) while the other person was most likely a commoner. They were around the same age just like Freya, but the noble showed to everyone just how superior he was. The victim was lying on the ground helplessly and the noble kicked him with all his strength. In an effort to suppress his scream, he managed to lower it down to a whimper.

'This is what you get for staining my clothes with your filth when you bumped me.' He said arrogantly with a tyrant's expression.

The commoner surely didn't want to apologize, but he couldn't afford to die at such a place like that, reluctantly he asked for forgiveness. 'I'm. . . sorry. . .' His voice almost ran out.

The noble gave a smile. 'You better be.' He said, he then unsheathed his sword which was hanging on his waist and pulled it out. 'Since you apologize, I'll make sure that your death is painless.'

Freya sighed. Was all nobles like that? She surely hoped that Ori wasn't like that. No matter what, the victim there was a total stranger, there was no need for her to intervene and purposefully attract unnecessary attention. She saw the faces of the crowd, all wanting to help but couldn't as they feared for their own lives. It was something natural. Someone who can't take care of themselves should never nose in on other people's life. In the same way, Freya was already occupied with her current situation because of that Inconvenient Suicide Magic and who knows what kind of trouble she would get if she got involved in such matter.

Again she sighed. The noble was slowly raising his sword with both hand above his head to cut the commoner down, he did the gesture in such a way to show off his superiority and pride. Freya looked around at the crowd and she noticed that someone among them was carrying a weapon. . . a wooden sword. A cylindrical brown stick which was finely carved into a sword. She couldn't help but pay attention to it.

'Any last words?' The noble asked before swinging down his sword. The victim shook his head. 'Fair enough, had you any, I would've swung my sword before you were able to finish it.'

The noble swung his sword down and the people surrounding them were averting their gazes, not wanting to see blood as the commoner's head would get split into two halves from the sword. Such gory scene was not something which they all wanted to see. Next thing they know, there was a sound of a sword scraping the rocky ground and when they opened their eyes in horror, they saw a lady in man's apparel appearing into the scene. It was someone they all knew too well, a smooth violet hair and a pair of amethyst eyes, that was none other than Freya. She carried with her a wooden sword with one hand. Freya stood there in between the noble and commoner. The noble's sword missed its target and it had sunk into the ground beside the victim. The crowd didn't quite get what just happened, it was all so sudden and no one expected that outcome. Why was the lady there? Why did the sword miss? What happened when they closed their eyes? They were all confused by the uncertainty. However, there was one thing which they all could be sure of: that the lady had altered fate that was the death of the commoner. So they cheered, a roar of cheers as loud as that of a lion, each; and every one of them. Hearing those, Freya rested her other hand, the left which wasn't handling the sword, on her right shoulder.

'And who might you be?' The noble asked with an intimidating tone in that deafening roar of cheers as he pulled out his sword from the ground. The atmosphere was stuffed because of the commotion and the air felt heavy. Other than the person in front of them both however, everything was a blur. The sound, the scenery, everything else was vague. The noble and Freya exchanged stares with each other, his was burning while hers was unwavering. 'you dare oppose me?'

Freya answered cooly, with her head slightly tilting upwards. 'Does it not seem like so?'

Bio: Oh hey, it's already halfway through 2021! Hope you're all well with this whole still pandemic things. College happens even during holiday and thus Freya updates once per weekly on Sunday, 19:03 EST (if I read the timezone correctly).

Feedback in any form is appreciated!

Speaking of which:
I tried using Linux instead of Windows. Installed Pop OS and my slow laptop ran faster than with Windows. The only problem is that I'm already too used to using microsoft word and had to switch back to Windows for writing!