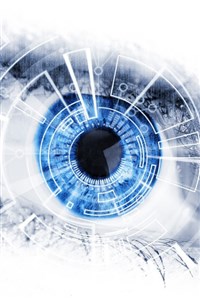 The story premise is interesting but it in no way matches the synopsis. First a child on indeterminate age (none is given as of chapters 1 through 19) gains what's basically a System A.I. attached to his soul, the reason given is the "nameless" God felt sorry for him after his mom got so sick she couldn't work and then he got beaten and robbed as he went begging for cash to feed his 3 person family.

Then the A.I. discovers world energy wich it uses to heal the kid. I'm guessing world energy is supposed to be mana or cultivation power or something. That point is unclear. After that the kid uses the A.I., wich can apparently scan the entire universe for resources to begin hunting down lost gold and silver coins. All in the Hope's of finding what he needs to make either a Food or Medical Fabrication Machine. That's right you heard me the kid can make machanies that make anything you want.

But wait theres more! As the kid goes around (this is chapter 19 by this point) his A.I. wich can apparently scan the universe for anything and everything fails to warn him that the coin it just sent him to is in an area that's being raided by what's presumably some form of bandit in this world. When in it takes him 5 chapters to describe a potential rape scene between some fat random ugly guy and his poor pitiful kid self. At wich point the A.I. who at no point in the story  volunteered any information previously, decides to finally chirp in and ask if he wants to activate somthing called a "defensive mode." That's pretty much where I stopped reading.

The pros of the story: the  writing is readable with a few minor sentence structure issues but I'm thinking that's a cultural problem more than anything and it's got an interesting premise as a story idea, that's pretty much it.

Cons: the chapters are more like mini chapters, maybe 500 words each? They mostly end at points that are cliffhangers. The first 5 could easily be consolidated in to a single chapter. The story is incoherent and has major world and plot holes all over the place. For instance his continent apparently, conveniently, has no hidden buried treasure anywhere while every other continent does have buried treasure.

The kid can make Fabrication machines, has an A.I. that knows all and sees all and he's using it to find lost coins. Oh and fat rapist gangs are apparently immune to Scanning.

The kid could be 5 years old for all I know since no age is given for anyone, ever.

So there ya go. I gave it a star and a half for the idea, the execution needs alot of work though. Hopefully the author takes some of the advice i gave and improves his story.

Yeah that title and summary are a complete lie to what ever you think it meant. On purpose or not that is the best damn bait I seen on a hook in weeks.

About the story itself? It's a cultivation story. The only time they are different is when someone looks at the world and it's people and say "Yeah, fuck that noise." This is not one of those stories.

Sorry to say this story seriously sucks. It is scattered from one end to another, the chapters are way too shory, and the story itself is a cheap mishmash of other stories.

basically how a simple minded kid gets an AI which is actually a thinly vieled excuse for a wish machine.He almost gets raped for a ridicilously drawn out period of time.  He proceeds to make sweets for his sister, insta-cure his mom with wish technology and....the AI can apparently take over his body and do whatever while he sleeps??? There doesnt seem to be a plot because all his problems are instasolved by the AI and the dialogue between characters is insanely basic.

But at least the grammer is decent.., honestly after the first few chapters i had hope for this story but it kinda went downhill after he got the AI.

My advise to the author is to rewrite the chapters after he recieves the AI, take your time to flush out the characters properly and worldbuild a bit (i mean we know basically nothing about where he lives or even the city & country name). just take the time to explain things in each chapter rather than rushing to the climax .

by Orthorn Sunday, February 10, 2019 12:19:36 AM
It's not like it's the worst thing I have read and the concept is one I am familiar with and have enjoyed in the past but it's poorly executed and I found myself lost and having to re-read chapters, on that same note the pacing is a little off and the characters seem shallow or with unexplained motives.

I feel as though some time spent world building may be the best way to start off and while I like characters that are OP for the most part I prefer they earn it in some way rather than have everything handed to them, for example in the beginning he simply wanted to feed his family and restore his mother's health and was given requirements for rare metals to construct a device all well and good but a bit much for an urchin but you present the energy option which solves that but instead of a short arc where he hunts beasts for energy or meditates and learns to gather energy you just provide him with 1regen per minute completely solving a plot point in a extremely Mary Sue manner.

I did try to read this and decided I'd spend at least a couple hours before I reviewed it but after chapter 70 I gave up, I suck at reviews so I'll just sum up with some dot points

3.ease up on the sex mate (seriously why so long building up a rape scene between a ugly bastard and a child only to have Deus ex "defensive mode")- I'd drop the whole scene

5.a few short filler arcs (training or something")

6.flesh out your characters

Could be the start of something interesting

Here is the premise of the story as of chapter 10, since the story summary doesn't say it: some sort of artifically intelligent magical construct is granted to a poor young boy as he is on the verge of death. This construct allows him to heal his own wounds, and construct technology that has been invented in other, more advanced, worlds that are ruled over by the same higher being who granted him his power. He may want to use this power to heal his sick mother and find his missing father.

It's a fairly interesting concept to begin with, and I think it could be developed into something really cool.

Unfortunately, the story is slightly bogged down by choppy writing style and grammar mistakes. It gets a little better as it goes on. It's definitely not unreadable, it just could use some cleanup. The dialogue is also unrealistic, especially considering that the main character is six. The way he talks and is talked to does not sound like a six year old.

The worldbuilding has a few interesting details that were mentioned, so has real potential if it is developed further. Since it's the beginning of the story, I have a lot of questions about the world, which is a good thing. So long as those questions are answered in later chapters, I'll be quite happy.

It's still a short story, and I'm hopeful that it will improve and grow in the future.

Your idea is something I have never encountered before. However, you have much room for improvement.

There are various inconsistencies that confuse the readers, which you should fix before the story keeps advancing. Your chapters are far too short, I believe that the readers would appreciate if you lengthen them.

Your writing style is easy to follow and although your transitions are not smooth, you have improved through the chapters.

The story has much potential but also has much space for improvement.

When I saw the title I thought wow, and A.I within cultivation world how cool is that. But after reading the first 3 chapters I found out that this ordinary story how poor and weak shi.t gets a system in verge of death and then does everything to protect his weak ass family. I expected A.I as mc who thinks only logical and does only things that benefit to it and not others, I thought it will not possess any human emotions just robotic being who does everything for power or self-benefits. The story is a like any other random weak idiot gets a system and gets a harem of 9999+ girls and saves his useless family. In others world trash with kind and caring MC.

Poorly made which is obvious for a low iQ

This is the biggest TRAP ive ever step into !

When i saw the cover i though that maybe its this Ai that is inside a mechanical body and send to Cultivation world or or an Ai that resides in a little machine that can only hijack a body through infeltration via injection or SUCH ! BUT NO !

This is a shitty "Ai" that ACTS more LIKE "SYSTEM GENRE" without system at all !

This is a waste and obvious for its low iQ Author... poor yah

good parts to the story but also bad parts

Ai's premis is an interesting idea with how the story is enacted, especially with the ability to use tech, although I don't know if the mc is also able to cultivate as well. However the downside to the story is that the chapters are SHORT!!! each chapter can pretty much be finished in a few minutes so getting to the latest chapter will only take a short amount of time