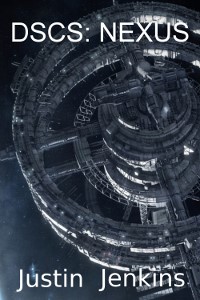 In the deep of space, a fully automated battle school instructs students and prepares them for leadership in the military, politics, and business. But the station holds secrets that none on board suspect, and when things go wrong the students must find answers for themselves.

I’m sure this author has read Ender’s Game.  There are definitely echoes of it in the setting – but the story itself is nothing alike.  It’s 10 short chapters in so far, and already we have the makings of a good ol’ sci-fi mystery. There are mysterious clues and anomalies galore, hints of machinations far beyond the perspective of the MC trapped in deep space, and the prospect of adventure, sci-fi insanity, and violence. Grammar is impeccable and there’s nothing particularly disturbing about any aspects of the prose – it flows well and is unobtrusive. I can’t say too much about the MC at this point since it’s very early on, but he shows potential for character development, which I find very important in stories. There’s more than enough conflict to keep things hot and I don’t recall a dull moment so far. At this stage the author has done enough for me to trust him to bring the story to a satisfying conclusion. I only hope he keeps this level of quality and doesn’t burn out before the end. Bravo!

Update, 21 chapters in:  yes, the author has continued to deliver and I only find it more interesting.

Update, 43 chapters in:  it keeps getting better!

Why is this not well known?

Good Sci-fi story.  Good grammar/diction, with minimal typos/spelling errors.  I like the setting and the plot.  Definitely has an Ender's Game vibe, but only due to the initial setting and set-up.  Highly recommended.

Deep Space Combat School:  Nexus, centers around Victor Vance, a young man whose family name speaks of his 'privileged' upbringing, which our MC considers more a curse than a blessing due to his father's constant disapproval.  Preferring not to be called by his last name, Victor is introduced to a strange anomaly occurring on this completely automated station (run by an A.I.) which serves as a combat school, presumably preparing students to conduct simulated warfare on a completely separated group of students located on the 'other side' of the station.   Shortly after becoming privy to the anomaly, an entire group of students are quickly taken into custody, via, robotic hall-monitor like sentries, and are placed into a form of cryosleep to be shipped off station and sent home.   As far as the A.I., everything the students do, from their social interactions to their Mental abilities, to whether or not they are eating properly, are all monitored and each student is scored accordingly.  If a student falls below the minimum, they can be shipped off the station permanently.  After scratching the surface of what's really happening at the school, it is clear to Victor that DSCS is more than it appears as he discreetly begins to try and solve the many mysteries without becoming a target, himself.   The author does a wonderful job of creating a dark and sinister atmosphere hidden behind an artificially run facade, while showing us the many technological wonders of a school run in space.   I don't want to say much more about the plot for fear of spoiling anything.  I found this story very intriguing and an enjoyable read.

I thought the author did a great job of not overcomplicating this story and killing the momentum by bombarding us with endless 'tech expositions' on the inner workings of this A.I. run school, but chose instead to take the explain-as-you-go approach, giving us creative and futuristic glimpses into how everything functions while leading us deeper and deeper into the belly of this automated beast.  The third-person narrative is consistent throughout, allowing the author to weave various characters in and out of scenes without confusing tense shifts or leaving us to wonder who is speaking to who.  Also, there is the right amount of dialogue versus exposition to keep the pace strong and fluid.

I believe the author did an excellent job of progressing the story naturally, while pushing us further into the mysteries behind the school.   Of the first twenty chapters I've read, I never once became bored or felt the story lagged on, or that the author wrote himself into a corner.  In fact, the more I read, the more possibilities presented themselves, as the pace quickly picked up, which is what good stories are supposed to do.

This is the only flaw I've found in this tale so far.  For the most part, DSCS reads very smoothly with very few grammatical hiccups along the way.   Most of the grammar mistakes I've discovered are minor and can easily be fixed with further editing.  Occasionally, I've discovered some excessive wordage, especially in and around the dialogue, which could be reduced to aide in the flow of character exchanges, but again, all minor stuff that can be remedied with a bit of proofreading.

I found all the characters introduced so far believable, relatable, and engaging.   The author does a wonderful job of getting you invested in Victor's struggles, his past, and his sometimes somber, sometimes humorous interactions with the other students.

Overall, I highly recommend this story for anyone who likes a good mystery with a dark undertone surrounded by science fiction creative concepts that make sense and don't speak to us like we're reading a tech manual.  DSCS is entertaining, insightful at times, and addictive.

Imagine being trapped on a ship. There’s you and your friends in a creepy, mechanical environment completely controlled by AI. Strange things are abound. There’s something beyond your comprehension hidden in the background. Fanatics and Psychos are hiding in wait. Hidden gears are turning, and you have no idea what awaits around the next corner. The dangers are real and your friends are all you can depend on. Suspense and tension. All this and more in your next fix of DSCS.

Amazingly well written and incredibly engaging. The story drew me in with it’s premise and ideas. The concept is incredible. It’s just the issue is the MC and that’s honestly the only issue I can really find. The growth for many of the characters is well done and draws you in… except for the MC. He seems to get nowhere in anything he does. As soon as it seems an issue or conflict  might be resolved it gets interrupted somehow so we never really see him succeed in anything and everything remains unresolved. But I really see the potential in the MC and would love to see him succeed and have some growth through that form of experience. I hope to see some more growth in his character, certainly beyond his daddy issues, cause it’s definitely possible with how well written this story is.

I just marathoned this series earlier till chapter 25, and am happy to see it pop up again in Latest Updates and have regular new chapters (it is now upto ch. 33 as of this review, which I just finished).

Really good writing with lots of characters each having their own personality, the MC is a believable character (he's smart, but not super OP compared to everyone else etc.)  The world building is fairly good, though its not very extensive as yet and there's more focus on building up the social context and personalities of the actors (which is nicely done)

This is one of the better stories on this site, and definitely worth a try - I haven't been disappointed by a single chapter as yet, though be warned that if you only like action chapters, it may not be as entertaining for you.