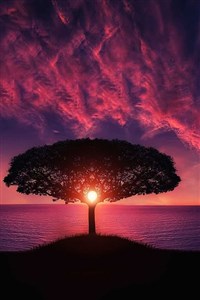 This is the story of Sam Underwood, a teenage boy from New Jersey. Through a series of strange events, he arrives in a different world with different rules. Sam must not only survive but also thrive as he takes on unique challenges. Join Sam as he learns and grows using the Mastery System.

First novel. Would appreciate the support!

Release schedule: Once a week.

Author's writing style and grammar are fairly good, but that is all there is to that story.

System is simply rpg skill trees rebranded, and clearly did not have enough though put into it, like everything else in this story.

Main character is also average with nothing interesting about him, unlikable, fairly dumb.

Characters are puppets, when they speak, they do not speak to each other, but to the reader, trying to convey something about the world/situation. World itself is also full of magically convenient for story progression devices.

Its..... bland. That's pretty much it. It's like cornflakes before they figured out they could frost em. Read last paragraph for verdict.

Only a few grammar mistakes that felt like auto-correct caused. It is still able to clearly express the authors ideas.

That's pretty much it. I can honestly say I didn't really like much else

Cons:Its hard to say. It's more like instead of disliking anything, I find myself just not caring. And there is a difference. It feels rushed when it should be slow, and it feels slow when we should be able to gloss over some bits. He's stayed for half the story with a family that's saved him and we don't know jack about them. We know slavers are coming for him. Because there's an interlude with a p.o.v. change, a p.o.v. change to the mom who thinks about the slavers, and what will be a conversation about the slavers in ch. 14. Its unnecessary to drag it on like this when the conversation that's going to be had anyways will explain everything. Feels like we're just padding the word count. I'm not gonna pretend to be an author and say "here is what you did wrong", but I will say I honestly don't care about any of your characters, or the story itself. And I wish I did.

There are some parts of the magic system that are clearly thought out, but others not so much. Like a society that has most people who go through a baptism getting kidnapped. How has no one come up with a counter-measure to that. Or some sort of deterrent. It's not like our MC is the first, am I really supposed to believe everyone shrugs their shoulders and says "Oh well, looks like I've lost this child". Or is it more likely parents freaked out and developed a system in their country where talents can be groomed/protected, without the fear of never seeing their family again. Its little things like this that really detract from a story.

This is a subpar work that feels like an outline or a rough draft. Read if bored. Add to read later and wait for re-write. Avoid if you dislike novels about skill whores. Truly feels like filler episodes in naruto.

Enjoying the read, nothing stands out as an egregious error in grammar or spelling, the plot is moving along and the chars are actually personable.

Great read and it just gets better

Liked the mastery system. A lot of details not clear yet, but looks promising.

As for the plot, the not enough written to say if it is good or bad. For now it good to read, so give it a try.

Reviewed at: V1C17: Fight or Flight

You deserve this man its a great story. I love how you managed to avoid the hit by a truck classic isekai cliche. Your Mastery system is very creative i love to see things like this. I would love to have something like this.

Still developing plot and writing style.  Worth keeping an eye on to see how the author progresses.

At this point I would call it average (as another reviewer has stated) but it is mostly incomplete because it is only 14 chapters in.

Excellent grammar, likeable characters, interesting world building. The litrpg system is integrated into the world better than most of the studies on here.

Only 7 chapters in, so the plot is just starting, but it shows promise. Overall, I highly recommend and look forward to future chapters.

Its interesting so far. But the biggest issue is that it is very infodump heavy.

Hopefully that will change a bit as things move forward.