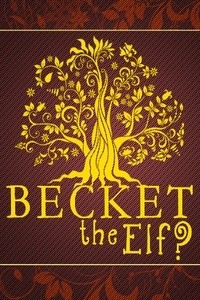 Remove
Original HIATUS Action Adventure Fantasy Harem
A man finds himself in a new body and a new world. Why and how is he here are the questions that run through his head. Who's this woman lying in bed next to him?

Started out good but the more I read the less I liked it.  The MC is a cool and confident type who is pretty much OP from the start and only gets more powerful yet he is constantly being dominated by most everyone he meets. That contradiction didn’t work for me. I also didn’t care for the ridiculous wuxia-like power levels. It lead to situations where the MC gets a powerup and then immediately after encounters someone stupidly powerful and gets stomped like a bug, I remember that happening several times. Lastly, this is just personal preference but I dislike stories where the MC has no control and just gets unwillingly lead around by the nose and mistreated the whole time.

This story ticks all of my boxes (sound dirty for some reason… Meh). The story falls under the transported umbrella but it is pulled off really well. The chapters have well written action and are very funny without really trying to be (love how he’s inadvertently getting more effeminate looking, the wings haha).

The primary characters are eminently likeable (a badass knitting elf merk and a badmouthed yet childishly  cute fairy queen, what’s not to love). The MC makes logical decision given the situation he’s found himself in and isn’t scared to get brutal when he feels like it.

Theres has only been a few chapters out but you’ve laid the background for a nice fantasy world full of competing factions, racial predispositions (subtle prejudices) and powerful fr/enemies. I look forward to how the the story develops using them.

I’m dyslexic so not really qualified to comment on grammar and whatnot but the story is easily readable to me haha.

While this may not be perfect (what story is) but I recommend it as a good read and hope the author sticks with this story till the end. (Phew second ever review :’)

The tale is often amusing and sometimes hilarious. There's some creative touches like how the Elven race doesn't fit the "traditional" fantasy conception. The writing is easy to read and while there are grammar errors (possessives remain a challenge for example), I don't feel like the writing interferes with my enjoyment of the story.

Re: Improvement - The characters are getting more well-rounded and the Author has made an effort towards adding in more descriptive language to enhance the immersive feel of the story.

So far the story remains in the early, introductory stages, so I'll make an effort to adjust this review as it progresses.

This story is too ..... cartoonish. The villains are mustache twirling cartoon villains. They're evil because they're evil. They do horrific things for little to no reason other than because they're evil. The main characters aren't much better and have paper-thin motivations as well. Plot progression relies on faulty or facepalm logic as the author doesn't seem to know how to make things happen naturally. I've read up to chapter 27 and I've decided to drop the story. Heavy spoilers below:

1. Apparently, all of the girls are in love with the MC because some gods have brainwashed them. The MC's job in the new world is to knock up a bunch of girls to create vessels for said gods. This is just ..... porno logic. It's so cringy and disgusting that I couldn't read any more. The last chapter I read have one of the gods threaten the MC into sleeping with someone under penalty of brain damage. Then, he goes and saves a vampire princess and reverses the age on Aelisia. Harem members seem to conveniently fall out of the sky. It would be ok if this were a comedy, which it is not.

2. As mentioned above, the characters have paper-thin motivations and do things that make little to no sense. It's impossible to relate to any of them. Gene not only lets his murderous wife and her lover go, but gives them all his money as well? Felix starts out as somewhat normal but then suddenly goes full psychopath, and not just towards Becket. Gideon idiotically sends ALL of his backup away so he can enter a den of vampires ALONE, which causes a near disaster in the palace. The list goes on and on. Half of this nonsense seems to occur because it seems the author wants something to happen, but doesn't know how to do it organically.

3. The dialogue is wooden, extremely so. It feels as if the characters are reading from some sort of teleprompter. An example from ch. 25:

Bram:"I know my feeling is unjust; however, seeing you kiss her pained me. I shouldn't feel that way since the two of you are girls, but I do."

This kind of dialogue is common. Real people do not talk like that. It feels like the characters are narrating the story instead of being part of it.

Well, it’s not that I don’t like your concept but parts of it really take you out of the experience. Using “ok” is not always ok, ok? Jokes aside, imagine this:

Trumpets boom and the city explodes with life at the coming of the exiled hero. Years of suffering and sacrifice had led up to this moment. He was finally home. Upon reaching the castle the king rushes over to hug him. Proudly he exclaims to the masses, “Here he is! The greatest man to have graced this kingdom! My boy, how do you feel? Please, tell us.” The crowd grows silent awaiting his response. He clears his throat and says “ok”.

Your story isn’t bad as this but do you notice how certain words are able to completely take out the immersion of the reader or feel a little out of place? Try to work on how certain people speak through their personality (you’ve done it already with the fairy). There are also a few problems elsewhere but what matters to me the most is how you’re able to captivate the readers, and in that regard I give you a thumbs up. The reason I’m leaving average ratings is to give you room to learn and to make getting a 5star feel like a fulfilling achievement. I like your work and I only want it to get better from here, which it is mind you. Good luck~

Ps The rating will probably go up with time.

Tough mercenary wakes up in the body of an effeminate male elf. LOL. Funny premis and the story contains a good amount of violence and comedy (violent comedy). Interested in how this bloodthirsty elf will explore this fantasy world. Will he use his otherworldly knowledge to conquer and astound this new world. Looking forward to the next chapters

LOL interesting use of serious comedy with the character and it is fresh from other novels that are on RoyalRoad!

The style is funny and interesting

The story is engaging, interesting and well paced

The characters are great, especially aria, who's really cute, and I love the mc, so essentially perfect there, for a light hearted story

Only problem I have is the occasional grammar mistakes, like tour instead of tore, but it doesn't really draw away from the story at all

I accidentally clicked this FF and got addicted for unknown reason. Now i got totally hooked in this FF. Nice work btw

The only complaint I have for this novel is how everything is kinda just given to Becket.
If he asks anyone a question to someone, no matter who it is, they always give him a detailed response. This includes people that have known him for less than 5 minutes so it's kinda weird that he doesn't get turned away in some of these situations.