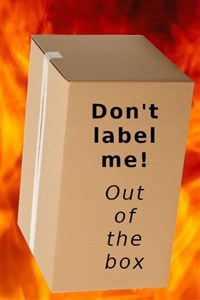 In a world full of awe-inspiring superpowers, incredible marvels and horrifying brutality, Alexandria King wants to walk her own path. Just like many teenagers, she seeks independence, excitement and love. Not necessarily in that order. Sadly, her struggle is a little harder than most, as her father is one of the wealthiest men alive and feels that she is just right to cement an alliance to another, rich dynasty.

Will she be able to escape the trappings of society and gain the freedom she seeks or will she remain trapped within?

Spontanous [participant in the NaNoWriMo Royal Road challenge]. - Book1 was finished as part of NaNoWriMo with 52.316 words on 25.11.2018

One of the best stories on here I've read. The characters are each unique and enjoyable to witness. Even the antagonists are not one dimensional, which is quite a feat.

My favorite part is that there are really no noticable plotholes or inconsistancies. One major problem with fiction is moving the plot while the characters stay in-character and nothing super illogical happens - this is done beautifully here. Alex never breaks character to do something stupid; her cautious calculating and intellectual manner is never sacrificed for the sake of drama or making a fight easier. Any weaknesses or setbacks she has do not feel contrived.

This reads much like a popular published series - the book itself is standalone as all loose ends are relatively tied up. Nothing else could be written and I would still be satisfied with having read a finished piece, while at the same time if new material came out I would gladly read it.

I rarely am attracted to super-heros stories.

but that one is well drafted and cleverly so.

a balanced mix of character development, isekai-moments, crafting, science, action, mini-plots, book-size plots and arch plots slowly being revealed. and the clever use of ellipses to show that time passes

the plots and arch-plots are good, slowly being revealed.

the character are good. especially the fact that the MC is still a teen, with normal teen reasoning despite her cleverness and paranoia.

the only critic I could make is that her power is only supposed to be creative concentration... but it seems to enable her to do "magical science" : solving "easily" the problems that blocks other scientist, both in "research" and in "manufacturing"....

It is exceedingly rare that a story has consistent characters and a logically consistent plot. This is one such case. Even the pseudo-science feels 'real'.

The only 'flaw' as such, would be entire chapters dedicated to what essentially boils down to a recap of prior events from a different perspective. Something, I feel should have been handled with a pov change while the events were going on.

That big block of, in the author's own words, word-vomit really broke my immersion. Otherwise, I would have been happy to hand over five stars.

There are several nice concepts scattered throughout the story. Specially the pervasive theme of freedom vs paternalism.

So, what are you waiting for? Dive right in. Thank me later.

stress for the carefree

It's a stressful story to read. Every time a new chapter appear i hesitate because i don't know when the other shoe will drop.

it's so stressful somtime a wait to have more chapters to read and pray the situation resolve on a good note.

I don't know why this isn't higher in rankings

I honestly don't know why this isn't higher in the rankings .

This is a very entertaining story. If you like superhero/villain stories with mechical robot suits, then this definitely worth a read.

I've just binge read the 54 current chapters and wish there was more to read.

The main characters are interesting and enjoyable to learn about.

Style is pleasant to read. The grammatical/spelling errors are few and don't detract from the reading.

Really fun read. Likely one of my new favorites. Hoping this turns into a long series!

The story really captured my attention and I couldn’t put it down. And the story was amazing!

However, there were some instances where I had to pause to think some of the descriptions or explanations through. The science and all was explained to me in the sense that in ur head u were probably describing Iron Man’s suit of armour to a T, but in the actual novel it came out as he was wearing a red and gold suit of armour. Which is sometimes okay but I feel with the level of intelligence that the main character has it should be more elaborate.

Thanks for the novel and all the chapters!

Can't put it down

The world isn't anything brand new but the plot is what really grabs you, the character and watching her grow. You get enraptured with it and just can't put it down. The only part is that there seems to be a few jumps here and there; almost like you're reading a diary. There could be a little more depth to what is written, flushing it out further but the core of what makes a good story good for me is there. The characters and caring about them or hating their guts and it is done with almost zero fluff.

Not gonna lie this is probably the best superhero story I have ever read. It beats out published works of the same base plot that I have read. It's about the standard "Mad Genius" powerset with a more moderate character than the typical one-sided characters you see with Mad Genius types. Literally, the only issue I have with this is the occasional grammar issue(misspelling/word left out/ word order) Honestly 10/10 story for me so far.

It's a good book, I would like if the romance was a little more hot, but the book is really good.