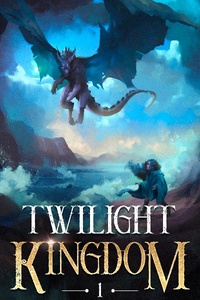 Remove Ads
Previous Chapter
Next Chapter
A note from Hesketh

State of the Midnight Hagette:

Hello! I’m back, I’ve been busy. Here’s the prologue to Dawn Watch. I will start posting regularly starting this Sunday. Tomorrow something wicked this way comes. In celebration of the month of April. None-canon. That should be fun.

2020 was a difficult year for me, as I’m sure it was for many of you. To cope I started writing a very silly story (Reincarnation Station), to make myself feel better. It worked. I now feel emotionally ready to return to Twilight Kingdom.

I’m not entirely happy with the Night Nation arc, but I’m going to leave it mostly as is for now and plow ahead.

If anyone wants to read the abomination that is Reincarnation Station here is the link (please be warned that it is very different in tone to Twilight Kingdom. It is a horror comedy with litrpg elements and some slightly naughty bits).

The story so far:

Candle Enys discovers her brother is demon-possessed and out to kill her. She runs away from home, gets lost, is pursued by wights and falls into a deep mountain cave. There she makes the acquaintance of Jotham, the shape shifting dragon. She frees him from his bonds in return for his help.

Candle joins the rag, tag group known as the Ancestors Own. The Ancestors Own are the closest thing Havi has to an army/police force but they are made up of criminals, particularly violent ones. There is no place for acts of violence in their pacifist society, so the Own are both an embarrassment and a necessary evil.

Candle makes friends and trains to be a wight killer. She is disturbed to discover the Mester, the commander of the Ancestors Own, is possessed, like her brother, by a demon.

Meanwhile foreign invaders arrive via airship. These men are barbarians with strange magic and weapons. They call themselves Lochlanach. They burn the city of Sterlester to the ground, and take over the moonsilver mines on the peninsula.

The Mester, Candle and some of the Own go to attempt parley with the Lochlanach barbarians. There is a Teurek shaman with them. Conversation is unsuccessful. The Mester and the shaman fight. The Mester wins and Candle escapes into the fell.

Candle’s brother discovers her with the Ancestors Own, and tricks her friends into believing she is a liar and a fraud. With the support of the King and the Kenning (the rulers of Havi) he sets himself up as the de facto leader of the Own, citing the Mester’s inability to deal with the Lochlanach as the reason for her removal. Not wanting to slaughter them all the Mester complies.

Candle manages to escape through a random moongate. Alone, unloved and depressed she contemplates walking into the sea and ending her life.

Jotham appears, and tells her to get in the water. Feeling like she has nothing to lose she does so and discovers that she has the ability to turn into a dragon, when the water washes the demon magic from her body.

Jotham teaches her to fly, and a little magic. She learns she is half dragon, as are most of the humans in Havi. This is a secret that her family has kept for generations. A secret so dangerous it had been buried and forgotten. She and Jotham part ways.

The Lochlanach attack and burn her home, killing her parents and sister and razing the place to the ground. Grief stricken, she ignores Jotham’s advice to stay near the water and flies home. Caught in her vulnerable human form she is captured by her brother and taken back to the Own. Rasmus intends to let his demon feed on her. Instead Candle uses the magic Jotham has taught her to fight and defeat her brother, killing him in the process. However, instead of freeing herself from his influence, her brother’s demon attaches himself to her.

Fleeing the Own with Jotham, Candle discovers that the way to rid herself of the demon is to travel to the Night Nation. She has to go alone.

There are seven gates separating the Twilight Kingdom from the Night Nation, and seven guardians. Jotham only knows the whereabouts of two of the guardians and he is a guardian. The gates hold back the tide of monsters that would otherwise overrun the world.

Candle travels alone to the Night. Beneath the keep of the Necromancer Queen, she befriends a young half-human, half-necromancer girl by the name of Zephi who has a penchant for raising small dead things, and is piteously lonely. Together, they get lost under catacombs and are aided by the vengeful spirit of an old mountain god that the Necromancer Queen has enslaved. She also meets Murmux, a lightning bird and lackey of the Necromancer.

Candle defeats Belias after a lengthy battle, and is finally able to use all the magic her heritage allows without demonic interference. She meets her Ancestors, dragon, human, and Lochlanach.

As she flees the Necromancer’s Keep with Zephi, Murmux, and some human prisoners, she is attacked by a flock of lightning birds. The battle goes badly until they are unexpectedly aided by a strange dragon by the name of Asher.

Consumed by curiosity Candle travels to the dragon’s keep to meet her distant kin, and Jotham’s family.

After discovering that they are cruel and haughty she flees their company, heading home and taking Zephi with her. She is pursued by Murmux, who is bloodbound to discover the gate to the Twilight Kingdom, no matter the cost.

Despite Candle’s best efforts Murmux tracks her through the gate and reports the location to the Necromancer Queen. Jotham’s sister sends her nephews to aid the Necromancer queen in her invasion of the Twilight Kingdom.

Meanwhile Candle arrives home to discover that five years have passed. The Havi have been beaten back and the Own are fighting a losing rearguard action against the Lochlanach expansion.

The Havi are losing. Slowly and painfully. They are outgunned, and the pacifist nature of the Havi means that their culture and villages are being destroyed one by one. The Night Nation army arrives through the Gate and starts attacking everything that moves. Jotham alone tries to fight them off.

Candle explains to her friends in the Ancestor’s Own that they too, have dragon ancestry. A three-way battle is joined between the Ancestors Own, the army of the Night and the Lochlanach. Things go badly. The necromancer queen merely raises anyone who dies to fight for her.

Zephi, watches in confusion and distress. Fresh from the Night she recognizes that the mountains of the Twilight Kingdom are the corpses of dead giants and notices that one is not dead, but sleeping. She raises the Old Man of Sterlester, who comes to Candle’s aid, finishing off the army of the Night, and crushing the Necromancer Queen with the weight of his moonsilver skeleton.

The Necromancer Queen is dead.

The gate to the Night is closed forever.

Or so it seems.

[Oh and here's the cover for the first book (Which I'm busy editing. Very slowly.) By the wonderful Jeremy Adams]

A hush fell over the rolling foothills and plains that led to the sea. It was night. Clouds covered the stars but the air was still. Heavy. If anyone had been present to taste that air, they might have noted that it tasted like iron. Expectant. Electric. As if a storm was on its way. But there was no storm and no one to notice the strangeness.

The battle-scarred mountain slopes of Havi were beginning to heal. Green shoots had burst through the scorched and blackened earth with the last rains. The tumbles of stone and rock had settled. Birds had returned to the crags. The bloodstains had long since soaked into the earth, nourishing new life. Only the scars on the rock face would remain in mute testimony to the violence of the last battle.

For a brief moment the sky was illuminated by brilliant gas clouds in hues of pink, and green and turquoise. A herd of aurochs in the distance lifted their heads. A few birds took flight. The clouds melted away to be replaced by the dazzling whirl of stars that usually illuminated the skies of the Night Nation. But there was no one there to notice. Just as there was no one to see the shadow crawling out of the rock pile. First one hand, scrabbling to get purchase, a desperate claw transparent as moonlight, then a thin body. The shade pulled itself free, wavering in the darkness as if it was weak. It was so insubstantial it looked as if a puff of wind might blow it away.

Slowly the shadow turned its head. In the distance the aurochs fell to the ground. The flesh melted from their bones, the blood vanished from their veins leaving behind only dry husks, a few bones picked clean in an instant.

The shadows pooled, stretching and growing. They solidified into the shape of a pale, antlered woman, who looked out over the deserted valley.

She smiled and walked into the night.

A note from Hesketh