I'll start off by saying thank you everyone for reading this far. Your ratings, reviews, support, encouragement, typo-spotting, and more than anything else your patience with my slow releases means everything to me. RE: Trailer Trash has been on the first page of Best Rated for almost a year, despite being a lone contemporary drama historical drama? do-over fic amid a sea of LitRPG and fantasy fiction.

I've always daydreamed about taking what I know now and somehow getting a do-over of various past events in my life. When I started reading through the genre online however, almost all of the fics were very blatant wish-fulfillment power fantasies with flat protagonists. Flat meaning, the protag had completed his character arc offscreen and prior to his new life, as in, the story would not be about his character growth. In well over a dozen fics, a male character is sent back to the past, where his confidence and improbable skills in seducing and satisfying women lead him on a whirlwind adventure of sex and money—because he immediately takes advantage of silver, oil, or IBM investments and reaps easy returns. He goes on to live a life of luxury, either starting up his own tech companies, or building his own better version of NASA, or even getting involved in politics and becoming President.

I enjoyed the stories for what they were, but I always kept thinking to myself... is that the kind of protagonist who most deserves another chance at life?

From that thought onwards, I began to play around with the idea of what would be more interesting to read about. A rags to riches story could be nice, but I wasn't sure it would still be compelling if the riches came about simply from having future knowledge. A female protagonist would be a nice change of pace in a lot of ways, but hell... wtf would I know about writing from that perspective? How could I write out a story where the protagonist still had a lot of room to grow and change?

Then I happened to make the decision to quit my job as a line-worker at the production plant and attempt to live off of writing income from my AnimeCon Harem story. To do so, I got rid of the car, the phone, and the apartment I was living in to move into the cheapest possible place to live, the sketchy mobile home park in town. (Lot rent's $260, my trailer itself was free provided I paid off the back taxes on it.) It turned out to be all the inspiration I could hope for and more; I started writing RE: Trailer Trash.

I wanted a protagonist who lived a life of miserable obscurity and loneliness based on various things that happened to her in her formative years. One whose relationships with her family were a tangled snarl of pain and misunderstandings at best, a girl who longed to be someone else but didn't have any clue on how to change. When she tries to steel herself to talk back to her mother, she instead comes off as a cringy caricature of who she wants to be. When she thinks being thin and pretty will solve all of her problems entering high school, it instead excacerbates the situation and she becomes even more isolated and despised. Most of all, the things she didn't want to remember or think through come back to haunt her in the worst ways.

She also makes real friendships, begins to explore and reevaluate her relationship with her family, and many lives start to change. I didn't want this do-over story to be a complete subversion of do-over genre tropes, but I definitely wanted to approach at a different angle. Sometimes it's chasing feels, sometimes I play things off as humor. I spend an inordinate amount of time researching in attempt to make the characters and situations realistic, and heck, often that somehow makes them come off as even less believable.

Through thread necromancy I'm bringing back my old Q and A thread, and I'll answer any questions you readers have before we start in on Book 2 at the start of next month. Hold the personal questions please for now, though. I know I came out and said I just had a big breakup, and everyone's been real supportive... but I'm not real keen on talking about all that right now. 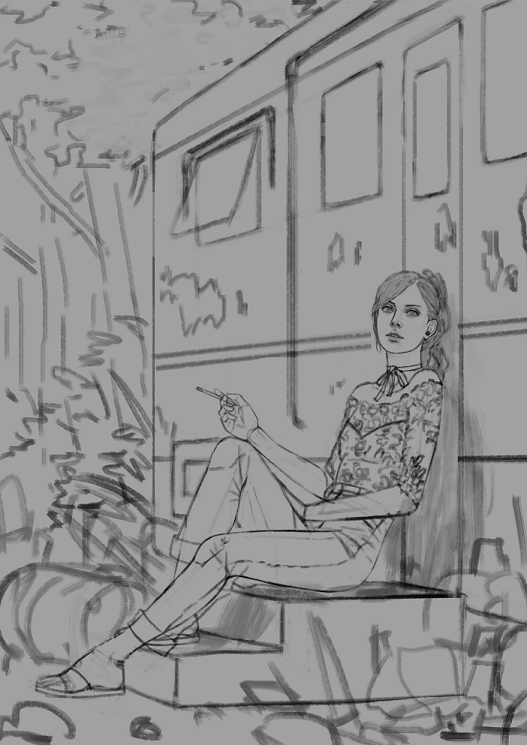