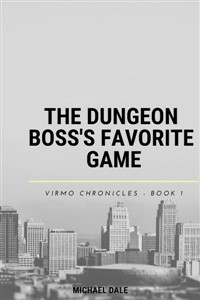 Kragathor languished atop his favorite pile of gold as he waited for his minion to return and thought back on his recent past.

He used to relish the tinkling sound of coins cascading down the huge mound with every minute muscle contraction from his gloriously crimson-scaled, half-mile long form that could only be considered the very image of serpentine grace. Now? Now he had grown numb to it and did not even take notice. Nor did he pay any heed to the dozens of crystal panes on which scryings were projected, following various parties of adventurers as they tromped around in the upper levels of Deep Thousand.

Kragathor sighed. How many years since the last team of heroic adventurers fought their way to this, the lowest level of the greatest dungeon? How many since a party even reached this floor?

Kragathor thought back fondly on the last group he faced. They’d been woefully unprepared, and were exhausted and spent after picking a fight with his doorman. They’d looked so ragged, so desperate to beat this dungeon complex that he took pity on them when the party’s priest outright fainted due to Kragathor’s overwhelming draconic aura. So, instead of squashing the puny beings with one of his exquisitely manicured claws, he sat them down to tea and had a lovely chat. It wasn’t like he was just lonely or anything, you know? It was pity. Definitely pity.

After a nice little chat, he’d sent them on their way with some of his arts and crafts projects that he found unworthy of his private collection. Just a few artifact level enchanted weapons and armor pieces, useless baubles, really.

After their triumphant return, he saw a large uptick in adventurers aiming for his level, many of them meeting their demise as they pushed too far too quickly.

However, that was centuries ago. Since then, he’d had to settle for just watching the adventurers from afar, through numerous scrying devices. He had grown to despair at this generation’s crop of adventurers. They were a bunch of lazy good for nothings, that always whined about the quality of loot, but were too soft to delve deeper to where the better rewards lay, waiting to be claimed. Why, back in the day, there were twenty year olds who were pushing down to the 400th level. Now? These feckless fools were lucky to push past the 200th floor before reaching the age of 25. He lamented the declining quality of adventurers and yearned for the good old days. And maybe someone to talk to.

Well, it’s not like Kragathor Tenset Malevolous could just up and start a casual conversation with his contracted dungeon minions, could he? Besides, having hobbies is just as good as having companions and comrades, isn’t it? Surely it is. And Kragathor was certainly not bored for he had many, many hobbies to keep him fulfilled. He had become a master of many things: smithing, tailoring, leather working, enchanting, alchemy, spell craft, ritual craft, arcane theory, literature, gardening, stone masonry, sculpting, painting, baking, puppetry, ventriloquism, and playing the violin. He’d even fully mastered these illustrious crafts solely with his own glorious draconic claws and not relying on the crutch of using spell craft to change into a human form to use their tiny tools.

Yet, despite his busy schedule, something was missing.

Certainly not wealth. Even his eighth most favorite pile of gold coins was so large that the coins at the bottom were fused together through sheer pressure.

Perhaps, what he yearned for was novelty?

That would certainly explain why he had ordered his Doppelganger minion, Shifty, to go to the human town to fetch a magic device.

After reviewing the weekly reports a few days ago, Kragathor had noticed a slight upward trend in adventurer deaths in the top floors, accompanied by significantly lower dungeon entrance numbers. Curious, he had redirected his normal scrying panes away from the adventurers that ventured into the mid-floors and focused on the newer adventurers. He viewed recordings of the deceased adventurers, as well as monitored other parties that were moving unusually slow. What many of them had in common is that they were distracted by discussion and banter, much of which centered around a mysterious new item being sold in town called a ‘Virmo’.

What followed was a growing sense of nagging curiosity. Kragathor reviewed his records, and was unable to locate any sign of a new magic item being dropped in the dungeon by fallen adventurers. As he listened in on their conversations, he gradually drew a compelling picture. This Virmo device could project your mind into another world, called a Server. There were multiple Servers, each which contained a fantastical world with its own sets of rules and natural laws. Kragathor had to extract this information from jargon and slang riddled conversations, with terms like mobs, leveling up, and interface.

He had been intrigued. He must have this new item, preferably multiple copies. Even if it failed to deliver on the promise of allowing him to explore a new world by proxy, it would be an amusing trinket to add to his hoard, to commemorate the worthlessness of human artifice. And so, he set Shifty on a mission.

Surely it doesn’t take this long to sneak into a town and buy or steal some items does it?

Kragathor, a being who has witnessed the changing of geological ages, was brimming with impatience.

Finally, with a burst of light and a pop of displaced air, a scruffy looking adventurer stood before him, holding out a battered canvas rucksack. Abruptly, his features and clothes seemed to melt like wax under a flame, as it was replaced by a gray skinned humanoid creature with no face. As his features shifted and warped, the creature dropped to one knee, and directed his gaze at the ground near the dragon’s august presence. He held the bag out before him.

“It pleases this one to announce that this one has procured four different Virmo crystals for the Most Exalted One.” The Doppelganger’s voice was as flat as his features, bereft of inflection and intonation, not betraying in the slightest the instinctual terror that was inspired by the avatar of destruction and might that was before him.

“Very well. Present them to me,” Kragathor commanded. His minion hurried to obey.

From within the rucksack, he produced four equally sized boxes and laid them on a pedestal that rose out of the ground to accept the offerings. “As Your Fearsomeness predicted, there were four varieties available. This one has acquired a sample of each.”

“Wonderful. I have added an extra day to your next vacation. I shall examine the items now. You are dismissed.”

The Doppelganger bowed low, then backed out of the room.

Once his minion had left the room, Kragathor darted his eyes back and forth to make sure he was truly alone, then let out a breath and a light giggle that was akin to rolling thunder.

For some reason, he felt positively giddy with anticipation. He had not felt anything like this in many millennia.

After a few deep breaths to calm himself, Kragathor gingerly picked up one of the tiny boxes and inspected it. It was covered in imagery and promotional text, and was a perfect example of the mortal trend of overly complicated packaging. It was held shut by a combination of adhesives and tiny hooks that required one to follow a specific order of operations to open it without damaging the packaging.

However, as a collector at heart, Kragathor was more than a match for this daunting packaging. Granted, the mortals had also gotten the idea from him, as he had taken to encasing dungeon loot in increasingly more complicated fashion, hoping for it to help train up their manual dexterity and problem solving capabilities.

Muttering low under his breath in the primordial language inscribed in the bones of the earth, Kragathor recited an incantation he had devised. “Extract From Packaging!”

With a barely audible pop, the contents of the box appeared in the palm of his other hand, a speck of white paper and a mote of shimmering crystal against a field of crimson scale. He gently placed the empty container and then the crystal back on the pedestal before turning his attention to the scrap of paper that came with the item. With great care, he unfolded the paper and scanned its contents. It seemed to be a guide for use, printed once in each of the common racial languages.