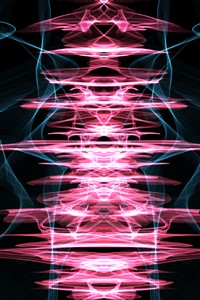 Remove Ads
Next Chapter
A note from Michael Dale

The more I eat, the more I remember. It’s odd.

I am a chimera, so it would be pretty normal for me to expect changes based on what I have eaten. However, these memories don’t feel normal or even like they’re my own.

As a chimera, I am a particularly strange existence, even among the oddities that exist in this crazy world. I was born as little more than a sack of flesh with a mouth and a minimal nervous system. I ate the food that was presented to me by my parent along with my siblings, and began to express the traits of the things I’d eaten . After a few days of regular feedings, I’d developed proper sensory organs and legs. Then the feedings stopped, and my siblings began to disperse and hunt for themselves.

As with all my siblings, I was a pretty good hunter, and I avidly stalked and killed whatever small animals or insects I could, taking some of their traits and becoming a better hunter in the process.

Chimeras, by nature, seek to improve themselves by consuming others. In that way, we are able to assume some of the traits of that which we consume. Because of this, we generally avoid eating plants or anything that wasn’t recently living. We avoid eating old meat, because it does very little for us. We avoid plants and other things because it might make us weaker.

When I was still but a whelp, I saw what happens to chimera that primarily ate plants and soil, because it was neglected as one of the weakest in the litter. Gradually, it lost its fleshy tone and its distinguishing features, and became a translucent blob of matter, which simply moved about, absorbing things without a care in the world. I came back to the nesting site often to check on this wayward sibling, and I watched as it gradually changed. Its color darkened, and its exterior eventually came to resemble a pile of dirt and dead plant matter, and it gave off the pungent odor of compost. I would learn much later that this sibling of mine had become what is referred to as a compost slime.

I saw this process repeat several times as other mature chimeras nested and created their offspring. Since chimera litters tend to be several dozen whelps, only the strong and viable ones are properly fed. The rest are left to fend for themselves. Without proper nutrition, most chimeras whelps end up eating strange things and transforming into the creatures I would later come to refer to as slimes.

Further, slimes reproduce even more rapidly than proper chimeras, but their offspring are even weaker than chimera whelps. They’re basically the most common and weakest monster there is in the forest I call my home. It’s hard to go more than a few yards without spotting a slime of one kind or another.

Honestly, a normal chimera wouldn’t consider any of those facts interesting, and would have not bothered to be that observant of other members of our species. Yet, the emerging fragments of feelings and memories impressed on the rest of my mind that it was actually pretty fucking cool.

I tried several times to interact with my kin and others of my species, but was always ignored. Chimeras, it seemed, were a bit asocial as a species, routinely ignoring others of their kind except to present food to the young, then abandoning them after a few days of tending. Luckily for me, they would simply ignore my presence, rather than react violently when I bothered them.

So instead I watched them from afar, learning what was useful and what wasn’t. I saw many of my kin and siblings die due to a lack of caution or poor judgement. Some of them hunted and ate indiscriminately, others were selective.

It’s somewhat troublesome, to be a chimera with all these strange concepts in my head. Thankfully, up to this point, the weird memories and thoughts haven’t interfered with my normal hunting.

Recently, I had been managing to get better and better quality of prey. I’d started noticing that when I eat certain animals, those that are particularly sly and clever, along with the increase in my my ability to think about and recall things I also could sense other memories, the ones that were not my own.

Lately, when I haven’t been hunting, I’ve started sitting down and thinking about things like that, taking notice of the difference between myself and others of my kind. I began to wonder why I was different. Did the others of my kind not have these memories too? Abstract concepts like these were very new to me.

Suddenly, I froze in place. I began sniffing, and flicked out my serpentine tongue to taste the air. Good prey was nearby. I indulged in my senses for a moment to get a proper sense of it.

Upwind, maybe 500 yards, there was the scent of blood. Two kinds. One from a bear, which would be a welcome meal, and something else I had not yet encountered. Judging by the smells, they were probably fighting each other, and were both injured but not dead. That was ideal. The bear would be a welcome treat, as it would improve my strength. I’d only had a few scraps and pieces of bear myself, not enough to properly emulate its traits, but enough to know the smell. The unknown creature tantalized me with its possibilities.

I followed the scent toward its source.