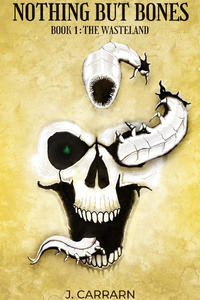 Remove Ads
Next Chapter
A note from Carrarn

Hello to everybody reading this novel. This will be my first time writing something like this, so you can expect mistakes in both grammar and storytelling. If you see anything that's wrong with the grammar, please post a comment or send me a message so I can correct it! My goal is to finish this novel, however seeing as this is my first time writing I won't commit to any schedule. Besides this - I would like to thank Olieboer for proofreading my story. Hopefully, between the two of us, it will be readable.

Somewhere among the myriad of stars that make up this universe, a small number of enormous spaceships were traveling from a certain yellow star to a greenish yellow one many light years away. Although it didn't happen often, compared to the enormous size and scope of this universe, it was bound to be happening at, at least a few other spots at the exact same instance in time. There was significance to this specific case though, as both the first and the second star were not in the same galaxy. The reason this didn't happen a lot was due to the distance between two galaxies. This distance was, in most cases, more than the length of either one of these galaxies.

“Captain, we are reaching the boundary of our galaxy.” An Asian looking woman with immaculate hair and a stern face said in a soft but decisive voice. She was seated in the middle of a row of six seats, the kind of seats that just by looking at them you can see they are hard and uncomfortable. All six seats were filled with weary-looking men and women in dark grey uniforms. Behind the row was a large chair with numerous screens and panels embedded within the armrests of the chair. In it, an older slightly obese man was looking out of one of the side windows of the large oval shaped room. “I am well aware Commander”. The man had a rough voice, sounding like someone who had been smoking his entire life. “What is the ETA until we reach a safe distance to open a mana-hole to our destination?”. The commander looked at her screens and sighed once. “Thirteen minutes captain. I suggest we start up the mana-battery”. The captain looked slightly pained. “Aye, I guess there is no getting away from it.”

After looking out of the window for a few more seconds, the captain took a look at a panel at his right and pressed a blue square with a microphone on it. “Attention on deck! This is your captain speaking. We are reaching our first destination. Those in the mana-battery, prepare yourselves. Know that the sacrifice of all of you will be the only reason humanity has a chance. God-speed!” The voice echoed through the ship causing sighs, mutters and even a few tears from the crew members. One, decidedly vulgar, individual even cursed for at least a minute, ignoring annoyed and sympathetic gazes alike.

Deep inside the bowels of the ship, inside a brightly lit room, almost a hundred people were seated in circles. The outer circle held the most people while in the center circle there were only four people, currently looking at each other. A young man with dead eyes and a haunted look cursed under his breath. “Fuck… fine, let’s get it over with. Perhaps we have more luck in our next life aye?”. A huge dark woman with impressive… biceps… grinned at him. “Eejjj little one you're always so melodramatic. I have told this to you many timesss already. We aren’t guaranteed to die, yes?” The young man with the dead eyes looked at her and shrugged. Apparently, he didn't have as much confidence as she did.

In front of the muscled woman, an old grey haired granny looked annoyed at both of them.
“Pipe down you two, it's time!... EVERYBODY listen up! we will start this party. As soon as we reach our threshold, the next ring starts loading the mana. I am counting to three. When I hit three we start, no funny business you hear now?”. At the last sentence, she raised her eyebrow and looked to her left, where a decrepit old man, with gray hair and a weathered face, was sitting. He had an uncommon black tribal-like tattoo on his forehead. “Hmpff.. I only made that mistake one time! When will you stop lording this over me woman!”

“Not until you die, now let’s expedite that shall we? She started grinning…
1...
“Ow for the love of everything...” The old man sniggered

2 …
The people in the center started softly glowing. Each with a slightly different shade of white tinged with another color. As soon as the glow started they began to age rapidly.

3…
At “three” the people in the middle were burning so bright, it was almost like a flashlight that got stuck in your eye. The second ring of people started glowing as soon as the four people in the middle got to the blinding part. After that, all the other rings followed one after the other. At some point, a humming could be heard, as the entire room and possibly the entire ship, started vibrating like a tuning fork. The white light intensified until it started seeping through the walls casting soft shadows on the opposite side of a corridor.

In the corridor, two guards turned around when they saw their own shadows appearing on the wall. “It's almost time, I hope some of them survive….” The other guard shook his head while looking at the slightly glowing walls. “Are you daft? You know what they need to do…...”. The other guard winced.

On the bridge, the captain was looking at a blue bar that was filling up on the big main screen. At 80% he grunted, “They will make it, prepare yourself commander and you had BETTER not fumble with the button's you hear me!” A slight, sad, snigger was heard around the room. “Aye captain”, the commander said. She didn't seem to care about anything but the blue bar.

As soon as the bar got to 99% she put her hands on the panels on her armrests and closed her eyes. All of a sudden, a glow of blue light went from her closed eyes to the screen in front of her and an incredible amount of numbers appeared on the screen in different patterns. When the bar hit 100% she grunted, as sweat started dripping from her face. All of a sudden a vortex of light appeared in front of the fleet of ships, it glowed with a green bluish hue and seemed to be swirling away into the infinite depths of space.

A silence permeated the bridge while everybody looked out of the bulkheads, the faces of the crew reflecting the light of the vortex. Shuddering, involuntarily, the captain blinked and shook his head a few times.

“HELMSMAN! GET US IN THERE NOW!” the captain bellowed, startling the crew back into action. A second later the ship started accelerating at a breakneck speed towards the vortex.

The lead ship hit the vortex of light a few seconds before the others and disappeared into a single little dot deep inside. Soon, the other ships followed after and within a minute all the ships were gone. What was left, was the empty galaxy from which they had departed.

Time has a funny property, when no one is there to observe it, it tends to pass in an undefinable pace. So after a period of time had passed that could be seconds, years or eons, the vortex started closing and the light simmered down… However just before the vortex could completely close, a red streak of light exited it and collided with the nearby star. The star started flashing and, quickly, growing. Within a few seconds, it had grown big enough to cover a large area of space, including the place original location of the vortex. Then, it simply exploded, sending out a wave of light and energy intermingled with asteroid-sized balls of matter.

Hours or years could have gone by before the area completely calmed down, however, nothing could be seen of the vortex or the star that had been there, besides some stardust.