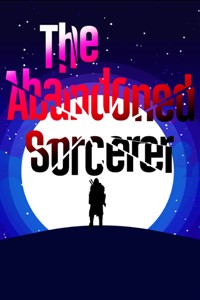 Orion woke in the dark. His neck throbbed with pain, and the rest of his body was numb. But despite the startling conditions he woke up in, he still didn’t stir. Instead, he drowsily remained in the pose he had kept for hours, if not days. The only sign of him being alive came from the whistles of breath that bounced around the room, keeping him company in the gloom.

A short while of whistling passed before he spluttered to life like an old engine, gagging while his head snapped forwards. He had choked for a few seconds, but what felt like an eternity, when he spat out a clump of vegetation. It splattered against the wooden boards and lay there as Orion gulped in air, strangely feeling worse as he gained more sense.

His mind skipped its immediate concerns to torture him with his own memories: rushing into the trapdoor, his mum helping them down before following on, his dad freezing the trapdoor over and staying behind. His dad had wanted to fight without handicaps and without worry over their safety. Those were Orion’s last whole memories.

Then, a blur. An ambush, in a passageway unknown to the world. His mum had died; he was certain of that. She had screamed at them to run with such an intensity the passage had partially collapsed, and so he had. He now knew he had survived, somehow. As for his sisters, or his brothers around the House, he could only hope.

Spitting out sour saliva, Orion tried to push down his memories and his nausea. He looked around and saw slits letting in smoky-grey sunshine into the darkness,  lighting up his surroundings: wooden boards, crates, fishing nets, a large mirror, and salted fish. And it all stank, whether it be the bristly mould over the damp wood, or the rotten fish.

Rubbing his eyes, he walked over to the mirror and wiped the layer of dust off. His pale skin showed thin bags under his black eyes - he had slept well... There were dull-red scars from his left cheek to his jaw, seeming like cracks in dried ground, and his black finger-length hair had pasted to his head due to the moisture. His 16-year-old figure had slumped shoulders and a dazed stare.

Turning from his reflection, he faced a wooden table with a large bag collapsed over it. Orion rummaged through the bag. Bread, cheese, water pouch, salt, a golden coin, and a wrist-to-finger length knife. General items, sure, but coincidently vital for the current-him; had someone left it here for him?

He thought back to his final memory, looking past how blurry and spliced it was. He was running, no, stumbling, tripping, falling, rolling. Wherever he was now, he hadn’t gotten here by his own two feet. One of his family members must have saved his sorry arse and brought him to safety, so where were they?

Hours passed, and Orion had licked the aftertaste of cheese off his fingers, wishing for more. To distract himself, he had forced the door open, and heard a few bricks fall into water on the other side. Despite the fog crippling his sight, he had confirmed he was on a dock: the waves continously crashing against the shore had been a small giveaway.

But instead of exploring half-blinded, he had decided to await his rescuer who was clearly more capable than him. Yet, despite his logical choice, his subconscious decided against it, demanding he went out there and cut down every last man and woman who had attacked his family. But who would attack the Zakaris? They were one of the four great Houses, uncontested in the Empire. Who would attack them but... another House.

Shaking his head, he stuffed the coin and water pouch into his hunting trousers’ pocket. He used the knife to nick his fingertip, whispering arcane words while his eyes paled to a moonlit-white, before wiping the blood onto the table. A simple spell, one that lasted a week at most and would allow his Hero to find him. Placing the knife into the other pocket, Orion pushed the door and walked into the fog.

He quickly changed his opinion of the storeroom he had been in: the boards in there hadn’t been mouldy or rotten, at least relative to the creaking, breaking menaces he stepped on now.

The docks were smaller than he had expected, hinting he was in a coastal village right now. The air was thick with the scents of seaweed and salt, and the waves crashing against the shore engulfed any sounds of the sleeping village. The sunlight was now cloud-grey, and Orion could finally see where he stepped, a high-step improvement from before.

His subconscious obsessed over the distant silhouettes and how alike they were to the animals of men who had ambushed the passageway. The passageway was only known to his parents and his siblings, and it was far too well-hidden to be found by chance. It was just another question he didn't know the answer to, and the answers that did appear in his mind scared him, frightened him.

Refocusing, he looked for a man to talk to, someone who could at least tell him where he was.

It was while walking across the dockside he finally saw a figure, one fiddling with a few crates next to a sizeable boat. He crept over with his eyes set on his surroundings, wary of any ambushers, after all, if they could find out family secrets like the tunnel, what would stop them from tracking him down? However, due to his fit of paranoia, when he reached the crates, the figure had already walked away towards a distant warehouse, its mouth gaping-open for him to follow.

However, suddenly aware of the fact that the crates were awfully interesting, Orion instead opted to stay and wait. To distract himself from his fears, he leaned over the crates and looked inside. Forehead creased, he used his hand to unplug his nose and took another whiff of the nuts lying on parchment. They were larger than any he had seen, had a roasted orange shade with black burns, but it was the smell that arrested him the most.

He remembered his sister, old enough to work for the family, being sent to City of Yupker. They had lost contact with her a year after, but she had thankfully returned a few days before the search parties had set off. What the Gods hadn’t cared about was the condition they had brought their lost lamb home.

Her face had been sallow, her eyes spiritless, her body starved. She had time-drawn creases under her eyes, heavy bags for a 23-year-old to bear, and her clothes couldn’t even defend her figure from lecherous glances, forget the unforgivable weather. An outrage had followed her return, but Orion brushed past his sadness and remembered what he had smelled. The scene was unforgettable with the memory burned in his mind, the scent indistinguishable - a scent of addiction.

Despite being roasted a ways back, the nut in his hands still gave off a toasty scent, fresh off the coals. It was sleek and his fingers slid over like over melted butter, but it also crumbled when he squeezed. Opening the nut bolstered the rich nutty aroma, the odd accompanying sweetness, perhaps of honey, and the subtlest reek of manure: all from the nuts.

While Orion's mind felt excited by the smell, his anger from his memory burnt brighter. He stepped back, put his hands on the crate and pushed. He ran the crates into the water, loud splashes following. From deep inside the warehouse’s stomach came a loud shout, filled with anger: anger from failing to ruin another’s life, surely. No one would miss such a man, surely.

His eyes lightened, the surrounding fog thinned, and tendrils of water ran down his right hand, the chill from it breaking the disguise of water but the fluidity of movement reinforcing it. The strands of ice entwined together like twin dragons, producing a sharp point at their front.

As the clumsy footsteps got closer, he realised his idiocy. His sister’s “friends” had been paid back in full with added extra. His family, however, hadn’t been avenged for the injustice they had suffered. No one could know he was a Zakari, and anyone who came across a corpse stabbed by several icicles would immediately think of his family. So, a good place to start was by not killing every scum he came across.

Taking one last look at the fool thundering his way, Orion sprinted away from the scene and was soon lost to the fog, only stopping when he entered an alley a distance away. While he stood catching his breath, bells rang in the distance.

Three slow chimes, a high-pitched one, and three fast hits. The ringing wasn’t particularly loud, but it was resonant enough to ride the whole city and past, or at least Orion had read years ago. Suddenly, it made sense: the City of Visgamar had thick fogs in the mornings; the city had a thriving underbelly; the city had many docks, big and small.

There was only one problem: the City of Visgamar was months away from the House of Zakari…

A note from Nefarious

Chapters are released on Tuesday, Thursday, and Saturday at 16:00 UTC.