Was it Worth It?

The Losses that Define Us

Fiction Page Report Chapter
Did losing the pet you loved for years ever stop you from getting another one? 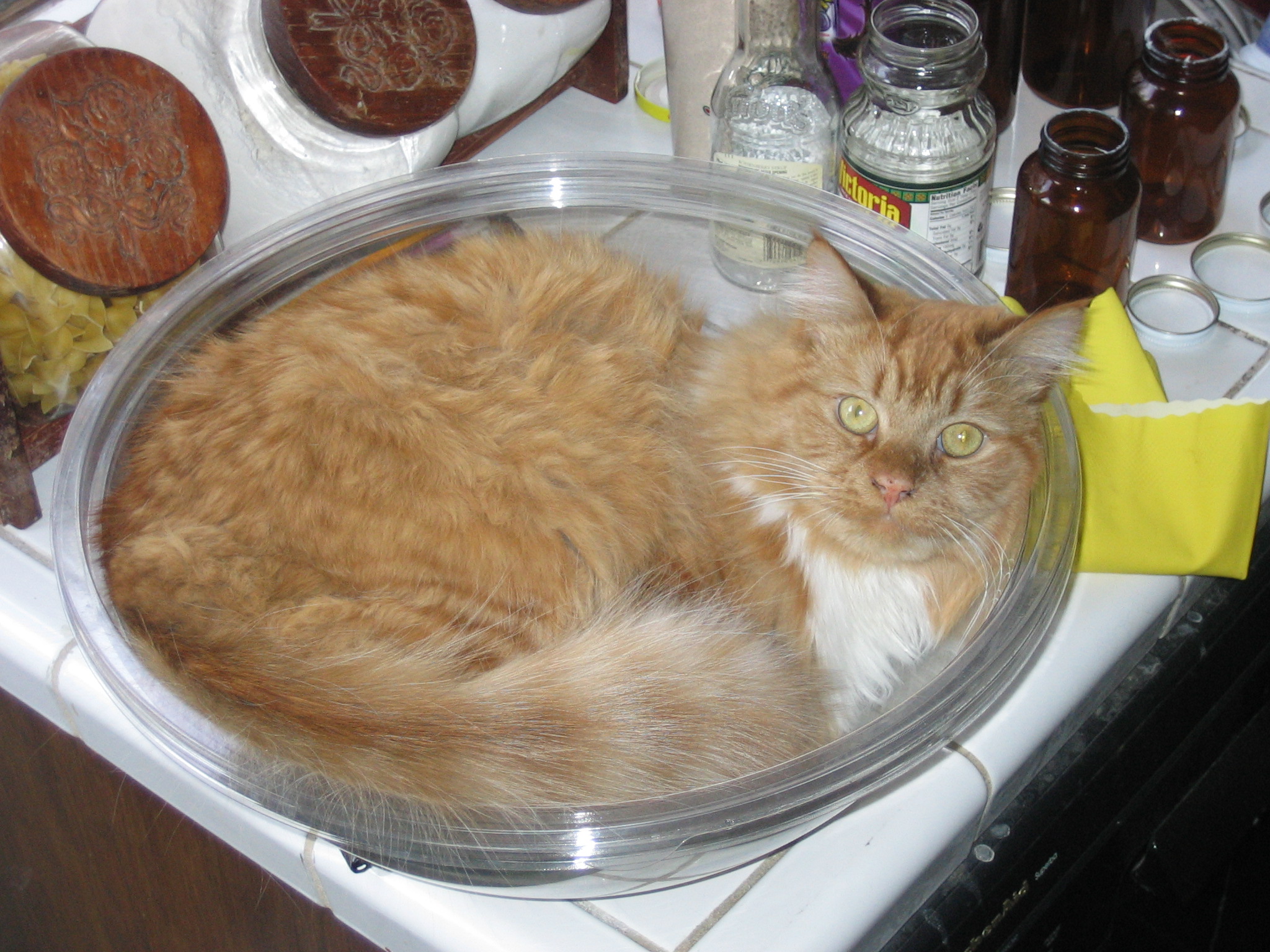 This was not to be my first story here but our beloved cat, Rhubarb, suddenly died Monday.A healthy happy 12-year old, there was no outward sign of anything wrong.This is his story.

Was it worth it, is the question that comes unbidden up into my random thoughts and fractured emotions as I think over the day’s events. Spending most of the evening in either a daze or crying in pure heartbreak, I recall two friends who had asked the same question.

It is not a question that eats at me. It barely flickers onto my consciousness for more than a minute as I assess its value with the detached numbness that is my only respite from a tidal wave of grief and flickers of disbelief.

I already know the answer.

It did not come into my thoughts until after I said goodnight to my husband,  who is equally heartbroken over our loss. I am left awake, alone to ride out the headache from the severe crying fit I experienced at the vet over the still and rapidly cooling body of my beloved cat. Aspirin will fix the head pain...eventually.

Now to the tasks I alternately have dreaded and longed to get over with ever since we came home with an empty cat carrier and states of shock so profound we both reacted the identical way in the first action we took after crossing the threshhold - calling off work tomorrow. Forget with their demands on us. They just don’t matter worth a damn in light of what we just lost.

Functioning long enough to disassemble the cat carrier, I silently curse all the screws that hold it together. It makes the job longer than I want it to be. I am careful to do the task with a mind to storing it for the next loveable balls of fur, teeth and claws we know we’ll be bringing home sometime in the future. This can’t be a job done in a rush to put it out of sight, out of mind, as if to enable that tiny part of my emotions that keep denying this happened at all. I am too damn practical for that nonsense.

That wouldn’t work anyway even if I tried, the intensity with which our lives intertwined with our 12-year old Maine Coon will make it impossible every moment we are in the house. He watched television with us, either nestled between my husband and I on the couch, draped over my husband’s lap like a blanket or bunched up against either of our arms as we leaned against the couch’s corner pillows. Those occasions were only rarely interrupted by the times he would sit on the coffee table, directly in front of the television, avidly watching the same cartoons his humans loved to unwind with every night.

And when he wasn’t bonding with us during our TV watching time, he alternated between Dennis and I as we wrote - either laying underneath his fluorescent desk lamp, directly on the hard copy of the script he was editing (of course) or was with me on my large, l-shaped computer desk, flirting back and forth in front of the computer monitor, lazily stretching a back leg out, or was laying on one wing of the desk, stretched out in all his long glory, beautiful orange and white striped rivers of fur so thick I would lose my fingers in the depths of its luxurious ripples.

He was the perfect supervisor, editor and companion. No successful corporation had a better boss.

Once the carrier is put away, I turn to the plate of wet cat food my boy never touched that morning. It’s old and really has to go. He was too busy emptying the only contents of his stomach the past day - the water he tried to keep down to stay hydrated. He had done this once before - months ago, throwing up until only water came up, but he had recovered in a quick 24 hours, back to his normal active, adorable self within 3 days. Why on earth would we think this time was different? The last time had a happy ending? Why was this one not?

We’ll never know. No caring, loving pet parent would request the body of their furry child be violated with an autopsy after the fact. We refused. What the hell would be the point?

Unfortunately, the worst part is yet to come, when I go to bed and try to forget in sleep what staying awake keeps reminding me of. We would bond even into the late night/early morning hours with our big, beautiful cat. He had his routine as we did, waiting until we had brushed our teeth, taken our medications and settled into bed. Once the light was off, we’d feel that familiar increase of weight at the foot of the bed signalling he was joining us. First (nearly always first), he would climb onto Dennis’s chest and knead him for several minutes, then he would cross over the top of my pillow, sometimes laying out over it like a hat. That name stuck and I would mumble out, “I have a cat hat.” or my better half would beat me to it, letting me know my cat hat was in place for the night.

As of late, our companion had added a new twist to his routine - he would cross over our heads, come down to our sides and lay stretched out on the long edge of the bed between us and the edge, like a guard rail. How did he know that I was always worried I would fall out of our too-small queen-sized bed and it was his duty to keep me in it? He knew because we were just that close.

And being close to someone always has a price in the end, as if the Universe was balancing out the joy with the grief, the love with the pain and of course, the gift of life with the price of death.

Which brings me full circle back to the question in the beginning of this memorial to the fuzzy companion I loved more than my own life for 12 amazing years. I have know two couples in my married life that asked if it was worth it to love a cat or cats so desperately, so deeply, so freely and endlessly that our a piece of our hearts are ripped away with their deaths.

We were faced with the same thought, accompanied by the months-long painful grief of losing Rhubarb’s mother, Harely, three July’s ago. That first year and a number of months after her passing, I was terrified that her thyroid cancer might be genetically inherited and we would lose her son the same way so soon on the heels of losing her. The fear eventually calmed down when it never showed up, but if losing the most beautiful, delicate, tortoise-shelled Maine Coon I had ever seen taught me anything, it was to love her son every day we had him after her passing. Every minute, every second, losing count of the times I told him what a beautiful boy he was, how much we loved him, how precious he was. I never, EVER took him for granted in that time.

He made our lives better, happier, fuller and richer in the short, oh so short time he and his mother were with us. And though we will eventually experience the same grief with the next fuzzy companions we choose, there is no doubt in our broken hearts or shock-numbed minds that life without them is a life poorer and less worth living. Though they break our hearts in the end, damn it, of course -

IT WAS WORTH IT.

Wherever you are, always remember we love you.

I hope you enjoyed it and will share it with others.

We are still paying off the expenses for his vet bills. They have hit us hard this month. If you wish to help out, even a dollar would be so appreciated. This can be done by supporting my storytelling on my Patreon page. There you can contribute as little as a dollar. If you prefer to Paypal something, please PM me for the link. Thank you.

Please share your comments about your own loss. The more we talk about the ones we loved and lost, the more our own hearts will heal.

Bio: High Priestess of the Dragonfly Temple, betrothed to Dr. Wilfred Whoticore. You can find more of our work on Patreon.