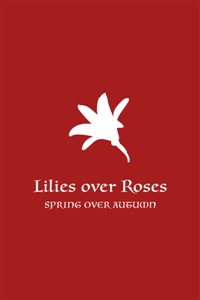 [This is a raw, unedited chapter. Read at your own discretion.]

Stepping off of the carriage, we arrived in the center of the so-called school. Rows and rows of buildings decorated the streets. Vendors and pedestrians flooded the space, many looking much older than the students attending. Despite the massive amounts of people, it was easy to tell who was a student and who wasn’t. Students were all required to wear the uniforms issued by the school. As such, you can spot students mingling with the crowd.

“Oh a cute girl, and another one over there! There too! Cute girls everywhere! I’m so glad I came, this is heaven!”

“Did you come here to find a lover or learn? Let’s go already.”

All of a sudden, Olivia tackled into me, bringing her arms around me in a tight squeeze.

“Awww, don’t be jealous, you’re still my number one!”

“Who’s jealous!? And when did I become your number one!?”

Removing her arms around me at last, she hopped forwards, joining her twin. I sighed and looked over to Leona who was walking alongside me.

An awkward silence befell us as the conversation died out. Letting another sigh out, the four of us proceeded to the main building for registration.

A tall silver tower stretched into the sky, reaching the clouds. At the base, a large palace-like building stretched across the center of the area. Mosaics and gemstones decorated the windows, sending bright lines of light scattering across the place. It’s blinding and very flashy, literally.

From the front, a large line stretched out into the streets.

Olivia dashed to the end of the line, waving at the rest of us to hurry. We made our way over.

I’m almost jealous of that never-ending optimism. Too bad her personality is like that.

The four of us took our place in the line and waited.

“I’ll take my sister around town. We’ll be back in an hour or so. Can you two hold the line? When we get back, you two can go.”

Leona opened her mouth and looked like she wanted to complain but decided against it.

I wonder if she hates me.

“Thanks. We’ll be back soon and…well, good luck.”

Sophia gave a sad smile towards Leona and walked away with her sister.

What was that all about?

I looked over at Leona but she looked away.

This is really awkward.

An hour passed in silence as the twins made their way back.

“You two should go now. There’s a lot of interesting stuff.”

Suddenly, Leona spoke up. Surprised, I looked over at her who was still avoiding my eyes.

Leona and I left the line, walking towards the commercial district. We traveled in silence, with me in front and her in the back. Rows and rows of stalls and shops stretched through the streets. Temporarily forgetting about the awkwardness of the situation, the various shops drew my attention. They sold knickknacks, tools, tomes, clothes, and even weapons. There was quite a selection. Naturally, as the child of a commoner, I never had the luxury of going to a market. I rarely left the house, always helping out my mother in the bakery.

Caught up in my excitement, I ended up visiting almost every shop in sight.

Strolling behind Hilda, I took a few glances at her while she’s window shopping. Those adorable gestures she makes when she gets excited, her beautiful sparkling eyes, the elegant way she walks and moves. Even that arrogant tone she uses is cute. I didn’t know someone like this existed in the lower class. None of my friends back home are like this. Is this the difference between a country pumpkin and city girl?

Coming to a halt, Hilda turned and looked straight at me. My heart skipped a beat and I looked away.

What’s wrong with me? I can’t even look her in the eyes. I’ve never felt like this before.

“Is there a place you would like to visit? I never gave you a chance to visit the shops you want.”

Damn it! I didn’t mean to say that so harshly!

Crap, did I scare her? I didn’t mean it in that way! I should say something but I don’t know what to say! What do I do!? She’s gonna hate me at this rate!

“Oh, me? I’m slightly parched I supposed, but how about yo-“

I dashed off, towards the nearest drink store.

Wait, I didn’t ask what she wanted. I didn’t think this through, did I?

After securing the drinks, I walked back. Soon after, I noticed something was wrong. A huge crowd surrounded the place where I left Hilda. Squeezing through the waves of people, I spotted her in the center with three large muscular men surrounding her.

“Ah, apologies. I don’t think I can understand the rumblings of monkeys such as yourselves.”

“Was human speak that too complicated for you? Allow me to simplify it, just for you. I. Don’t. Need. To. Listen. To. The. Likes. Of. You. Did you understand all of that? If not then you don’t need to use what little brain power you have left. I’ll happily repeat it again.”

Visibly frustrated, the men in the middle grabbed Hilda’s arm.

“Aite boys, let’s teach this wrench what happens when someone messes with the royal guards.”

“The royal guards? I didn’t realize they allowed animals to join. I’m seriously questioning the dignity and integrity of the royal family.”

The man raised his fist and punched Hilda in the gut, but as his fist connected, he reeled back, holding his fist and yelling in pain.

Hilda said out loud, thinking to herself.

The men on the sides took a step back, looking at their leader who’s on the ground spazzing out in pain.

The leader of the trio got back up. With bloodshot eyes, he stared at Hilda.

“She’s obviously got some armor under that or somethin’, let’s get her!”

All three men charged at Hilda, fists swinging. However, right before contact, the two other fists were stopped midair while the leader’s fist was stopped by one finger, right in front of her face.

“This again? Are you three really this barbaric that you don’t understand human language? It’s magic.”

Sighing, Hilda shook her head. She raised her other hand, pointing at the head of the leader. A light gathered at her fingertips and he was sent flying into the air, crashing into a stall on the other side of the street.

“Hmm…it really did get weaker. I wonder why…”

“Oh right, you two are still here. Run along now and go save that buddy of yours. He probably broke a few bones. You should get him to a hospital.”

Hilda walked away and the two men lowered their fists slowly, staring at her.

What…just happened? She just blasted him away without a weapon! Why did their attacks just stop in midair!? She said magic but that’s unlike any magic I’ve seen!

Shaking my head, I snapped out of it and pushed my way towards Hilda. After waddling through pools of people, I finally spotted Hilda, walking away from the scene. I dashed forward, grabbed her arm, and brought her into an alleyway.

From the crowd, someone grabbed my arm and brought me into an alleyway. Panicking, thinking it was more of the goon’s friends, I gathered magic in my hands again.

Looking up, I spotted the face of Leona. I calmed myself and let the magic dissipate. I let out a sigh of relief.

Leona shoved me against a wall and slammed her hand against the wall, cornering me.

“Magic. If you were there, you should have heard my explanation. I thought I explained it perfectly well.”

“That’s not any magic I’ve seen! No incantations, no magic circles, and no staff! How was that magic!?”

“Why would I need any of that to cast magic?”

I looked up at her, blinking in confusion.

“Because that’s how magic works!”

Realization hit me and I gave a small giggle. I always suspected that the humans understood nothing about magic and that confirmed it. They don’t manipulate the mana around them but instead use a tool or a word of power as a proxy. A primitive but effective way of doing it.

“Well. Let’s just say that it’s a special magic that only I can use.”

I’m not going to go around telling people that I was a demon princess in my past life. Even I don’t completely believe it myself.

Leona looked at me in exasperation and laughed.

This time, I was the confused one.

Relaxing, I smiled at her.

Immediately, she turned red and looked away.

She grabbed the bottle on her belt and placed it in my hand.

“Thank you. Shall we head back now? The others are probably getting worried.”

Turning around, Leona led the way out of the alleyway. A creeping chill crawled up my spine as I followed her. I stopped in my tracks and looked around. It felt like someone was watching me. After scanning the surroundings, I let out a sigh.

Maybe I’m just tired from using magic for the first time in this life.

Leona called from the street, waiting for me. I let out a wry smile and followed her, stepping into the sunlight.

Third chapter complete~ This is about as far as I've gotten in terms of fiction writing.

Thanks for reading and I hope you'll enjoy the next one.

(P.S. I have no intentions to abandon this fic. At least not anytime in the near future.)