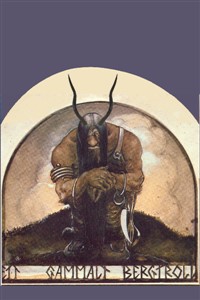 Reincarnated as a Troll in a Dark Fantasy World

Started off good and remained but as soon he gained a human body it becomes utter shxt. All the cool monster stuff stops, alll the cool combat stops, the world lore stops, the interesting side character povs stops. The monster camp building stops. Monster life stops. Everything that made it fun interesting and unique stops and it becomes a very shit take about an OP boy travelling with two dense babes. The originally powerful girls with their own personalities and developments become nothing but boobs on legs for the MC’s greatness. Trash.

The 2.5 stars are for the first half of the story, which was fun and a decent read. It’s almost like two stories in one. The human transformation ruins it & it becomes shit

Read 161 chps. There is too much plot armor. The whole being a troll is irrelevant after 20chps. Now its all about stat ginding to a stupid degree. No tension or surprise, only a story with subpar scenes. A lot of cool things were left unfulfilled. He ditches the dungeon, his seals go 30+ chps with out mention and the village building was pointless. This novel isn't bad, only needs a solid plot to follow; along with less status screens and constant character pages. He posted around 100pg worth of these info dumps breaking emersion. If the author figures out what story he wants to make, would give the book more depth.

the beginning was really good but it dropped really hard at the point where our main character is able to transform into a human, it takes the complete "monster tag" away, its just now boring and the same as every other average novel

Overall it's worth a read, but has many ups and downs in writing quality. Also, quite a few typos and grammar problems.

Entertaining and has potential

I find the story entertaining and it has potential to be a cool world being created.

The quality of the writing, the grammar, etc. is lacking.  It seems to be improving a bit and that is part of why RRL exists so authors can learn and experiment so I don't really want to tear into the author with criticisms of those aspects.

If you are any sort of grammar nazi or technical snob this is not the story for you.  If you like sampling various litrpg stories then you might well find this worth reading.

It is just that the Author frequently goes on extended tangents.

It honestly feels like there are more story and depth to the side characters than the MC.

Probably because there are just as many side character/POV chapters as there are MC chapters... the story is getting dull with the incessant tangents.

Started out okay, but the grammar goes downhill pretty fast, and ends up being bad enough to put me off reading further (as of Troll and Jekyll).

Start of the story was good, but the constant change of viewpoint and change of focus from monster with a conscience to basically just a pervy human with OP skills. Basically a complete 180 on what the story was originally about to become the standard isekai LITRPG with nothing new to add.

Amazing begin, but now At  "troll and trip" (chapter ~50) I have a felling as if the author care much less. First the grimdark tag just have no reason to exist anymore, the humanization skill is boring-> à bit of interest with the "cost" of said skill (death) but totally irrevelant thanks to the chapter with the intelligent orb of light. And for the last our MC say way too lightly that he is human from earth it's boring, frustrating, enerving can the author try to rely less on "im reincarnated so problem solved"

If you like to read story with a monster taking the hate/discrimination of the society, exploring the world in being something else than a human than the beginning of this story is for you but not the rest for now

A burgeoning LitRPG from a new Writer

The story has an interesting dynamic between monters and humans. The plot regarding the humans provides a good side element to push the story where I think you want it to go. The recent direction following the end of the first town has left me uninterested.

I'll be honest the grammer is not good along with occasional misspellings in the middle chapters. While at other parts the grammer seems more than decent. The biggest crime of the bad grammar is that it detracts reader understanding from the some of the characters when you are trying to express their thoughts.

Lastly, the character score for the story would naturally be low, as I am sure you know, but you wrote the story for the fun of it and the enthusiam shows through some of the character actions. In addition, there is good development between the troll and the other monsters. However, the interactions involving humans need some work and could benefit from better writing in grammar, comprehension, and motivation to better depict them.

Could of been good, I guess.

My views on novels are kinda stereotypical, but a lot of other people have the same views. Bear that in mind.

The writing was good, no obvious mistakes or errors. That’s a good sign. But the author, for whatever reason, has a weird fixation on changing POVs. I mean from where I read up to, there were maybe 3ish chapters before a POV change. Half the time, it was just giving the same scene but with different people, which I find to be pointless.

The big controversial bit was the weird and once again pointless torture scene. I don’t know how many people would stop reading at this point, but it’s atleast one. The townsfolk were just a cliché which was unnecessary, with the whole ‘tainted’ thing and being disgusted without verifying anything. This was the first major hole, which I had just about been fine with, until... Another fucking POV change. I had to stop because the story was taking one step forward and then, having another character take the exact same step forward. And then another character taking the step forward.

Overall, not unreadable. But, if you are like me and don’t like a massive amount of POVs which do nothing for the story I recommend you don’t bother reading.

Also so why there a ‘multiple POVs’ tag?