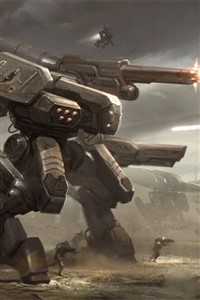 An adventure, through worlds filled with savage barbarians, beautiful scenaries, and vicious monsters.

Needs work, but great for a first draft

The storyline itself isn't unique, but the author injetcs some humour and keeps it factpaced enough for it not to matter that much. The grammar itself is fine, with only occasional errors, but the biggest problem of the novel in my eyes is the style. It lacks flow and the formatting doesn't help. There is nothing that couldn't be improved by some editing.

The world building is the usual wuxia style, with cultivation levels and the usual accoutrements, mixed with hints of scifi.

Like I said in the title, it isn't polished, but the core is good.

Not trash but needs serious work

Disclaimer: contents are based on first few chapters. In essence the most important ones as they set the tone and quality a new reader can expect. Take with a grain of salt if latter part of the story drastically changed in writing style.

Although amusing here and there, the first few chapters feel extremely bland once you get past the surface. It's as if I'm reading a travel journal written in first person, but the traveller couldn't be arsed to make a full journal or include his personal opinions.

The story starts alright, then some time skippy skips because nothing changes, and then he finds the glove his dad left him. No period of wondering, not even a 'what the donkey Dorking shitnuggles is this?'-moment. Nope. He just puts it on, asks a question or two and proceeds to act as if he lived his previous life surrounded by tech like that.

In a way it feels as if you're condensing 5 chapters into 1 or 2, at the cost of pacing and character development. The mother had some character, and could very well be developed over ti-aaaaaand she's dead. The boy feels like he has a personality developed that the reader is supposed to know and love already. However, he doesn't have that. He's effectively about as shallow as the story is rushed.

A journey of Pef, as a character and as an author

This a 'feels good' story, where everything seems to work out for the character eventually. The setting is quite unique, at least for me. I suppose the main problem of the story is choppy storytelling, where events seem to jump at a random, hectic pace, especially in the beginning. That being said, the quality only improves with time and by what is currently the latest chapter (blind truth) the story is top quality work. Would deserve 5/5 if the author ever decides to comb through the old chapters.

Nice ideas too like introducing nice people among a xianxia like world , while the overall setting is more universal rather than xianxia limited , good luck with writing

not bad for a rewad but not the best.interesting story need a rewrite about the lost wives but pretty good. the lack of detg into xias demoness and the non caring over the first set of wive almoat had me dropping but not too much else to say.