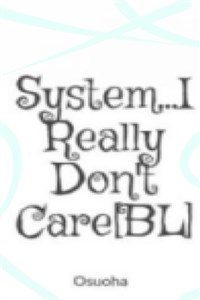 When Su Lin regained consciousness, he opened his eyes and adjusted his vision. When his eyes cleared up, Su Lin studied the room he was in.

While Su Lin was looking around the room, a sharp pain invaded his head and memories that were not his flooded into his head.

The body I'm in is also called Su Lin. He is the first born son of the Su Family. They are second most richest business oriented family in the world right after the Xia Family. A year after Su Lin's birth, the Su couple Su couple decided to adopt a baby girl and she was named Su Mian. Su Lin grew up to be a recluse person who rarely left his room. He rarely interacted with his family and never went to social gatherings. Mama and papa Su were happily married until a shadow from papa Su's past came knocking. In the past when papa Su was drunk, a maid came and they did the deed. After it was done, papa Su was filled with guilt for his wife so he told her what happened. She forgave him and everything looked like it was going on the right track until a mysterious boy came claiming that he was papa Su's son. After, DNA tests proved that the mysterious boy was indeed papa Su's son. The boy was named Su Shu, second son of the Su Family.

Now here's where the story begins. After Su Shu came into the family, he started plotting to take over the family business instead of the first born, legal son Su Lin. He and the adopted daughter Su Mian colluded together and used the fact that nobody knew what Su Lin looked like and his personality. They used this to their advantage and warped Su Lin's image as an ugly, pompous brute who lazed around the house and hung out with questionable people. The two framed him for many things like rape, murder, and embezzlement. This ruined Su Lin's reputation entirely and the family assets had to go to Su Shu who later married Su Mian. Su Lin was arrested and he spent the rest of his days rotting away in jail.

When Su Lin received the rest of the plot, he cursed the original Su Lin for his stupidity because of his obliviousness to what was happening around him. Su Lin sighed in frustration and got off the bed. He walked to the bathroom that was attached to the room and stripped down to look himself over.

In the reflection, he saw a young man with milky-white skin. Pale enough that you can see the veins because of the prolonged time indoors. Silky-black hair that reached the lower back and seemed to shimmer from the light coming out of the window. A lean but strong body that showed of its fine toned body. Phoenix shaped purple eyes and pink, kissable lips.

As Su Lin looked himself over, and concluded that he was a really gorgeous boy, which he didn't mind at all. Satisfied, Su Lin took a quick bath and went to get dressed.

Su Lin went over to the walk-in closet and looked through the stacks of clothes. Not finding anything he liked, Su Lin remembered that there was a miscellaneous option in the system store.

"System," he called out loud.

"Host, you don't need to yell. You can just converse with me in your mind."

'Okay,' Su Lin said in his mind, 'system, can I buy clothes with the miscellaneous option?'

"Yes you can Host," system said, "In your beginners pack you get 500pts starting off. The miscellaneous option is 200pts, do you want to purchase it?"

"It is bought. To use it you have to imagine what the clothes you want to wear looks like in your head. When you have confirmed your thought the clothes will appear in front of you."

'Fine.' Su Lin closed his eyes and imagined the clothes he wanted to wear. When he opened his eyes again, Su Lim was wearing black, skin-tight jeans that accentuated his butt perfectly. A white, long-sleeves shirt adorned with red wave-like designs and a black sleeveless jacket with back and white shoes completed his outfit. Su Lin did a few little poses in the mirror as he admired his appearance. His narcissistic self was in full bloom.

Done ogling at himself, Su Lin decided to go join the breakfast table with his family. He needed to associate more with his parents to build trust between them which will be useful in the future.

Entering the dining room Su Lin was greeted with shocked eyes as everyone turned their eyes to face him.

Bio: Sup, I love to read novels, especially Bl. I also love to write my own stories. I'm also an extremely lazy person who loves to procrastinate. So if I don't update for a long time, it will most likely be due to that.