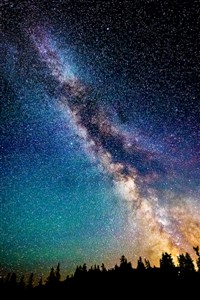 Just imagine a world in which the gods have to answer your prayers. You might think that such a world should be a paradise, but would all-powerful beings really be pleased about being teleported out of the shower?

This is the direct Prequel to Until Death.

Pretty good story. Would be interesting to see Mc from this book meet his other self from the book were the multiverse collapsed. Btw i hope this theory is true.

A nice surprise of a prequel

I wasn't expecting another prequel to Until Death? but this seems pretty nice we will finally get to see what an insane Ascathon is caplable of and i'm really liking him in his first 9 chapters, we also get to see how empty Celes and Ascathons lives appear to be without each other, i really hope that you can continue with the quality of the first chapters.

This book is a lot of fun to read, I do feel that it is a bit or kinda a lot different from hisother work, because it feels stylishly different somehow.

I feel entertained by reading a story of what a normal God might be going through in his year-decade day to day life.

Keep up the good work : D

The Work Grind of Godhood

Reviewed at: Rewrite of UD? started

I just finished re-reading most of Andur's corpus and decided that some reviews would be in order.

Conscripted is Andur's ninth work in his multiverse and is a direct prequel to the refleshed Until Death, and an indirect sequel to Body and Soul.  At this point, Andur's style and characters have coalesced into what essentially stays their form.  The worldbuilding is now on overdrive though.

Andur's characters are their usual, except that the female character is a little weird for reasons revealed in the sequel.

The plot is a bit wonky:

Part of it is that it's been thousands of years since Body and Soul, and there's so much fun stuff in between that we missed out on.

Part of it is that it's an awkward piece.  Clearly, Andur was aiming to set up a reason for why the male and female protagonists were sentenced to punishment by the rest of the gods so that he could do a reflesh for Until Death.  Unfortunately, it just doesn't work that well.  There's some conspiracy stuff in the city of the gods that is interesting, but not much happens other than to set up the sequel.  And the stuff about being conscripted to watch over a world is interesting in the beginning, but Andur then hits fast forward and like several thousand years past, and we end up with a world in an eternal battle of order and chaos (which is metaphysically really depressing).  Then there's a side plot involving Willow (the fae from Body and Soul) and the protagonist's new apprentice, but that subplot gets killed.

All in all, I would suggest skipping, except that it ties a lot of other works together.

Im expecting big things from this prequel, especially hoping it answers all the questions left unanswered from the previous books.

While i belived in you can never have too much of something this has proven me wrong, so many damn prequel stories its insane i never missed a day of reading all the new chapters and the first couple of prequels to until death was great, then coeus came out then i started to hope for much more from this author but at the very end of that one he couldnt resist making it another tie in to until death.

I have grown numb to his series which almost always follows the same formula and the great side characters are often forgotten when the author is done with the arcs they are introduced in, often just mentioning them once every 10 or so chapters.

In the end the author is great at telling one kind of story and one set of characters but i think that is his limit and also his weakness or some people would say strength if they can stick with him for so long.

I really hope he trys something new

Reviewed at: Rewrite of UD? started

I liked Andur's works even before I learned English. While rereading some of his old works, I can now point out how good his style and grammar are.

But this fiction is an absolute deal breaker for me. It takes characters from Body and Soul and reimagine them as mere shadows of themselves. I mean, they don't feel the same at all! Even the main character, even though shares some traits with the previous one, is clearly a different person. Not to mention that some minor details of the plot were changed!

But it wouldn't be that bad if it didn't happen again when I started reading Until Death! (the new one) But this time, parts of world building and important character traits were changed as well...

So, I believe it to be the best experience if you read Until Death right after the Body and Soul, and MAYBE then read the Conscripted. But really, not necessarily.

It's a good story on its own, my only issue is that it breaks two other, much better, stories.

Oh yes, it's better than 99% of Royal Road webnovels, so if you're not planning to read two other novels or have read them long ago - go ahead and give it a try!

P. S. If two other novel didn't exist, I would give this story an absolute five... It's very good on its own.

Shows technical competence but not art with langua