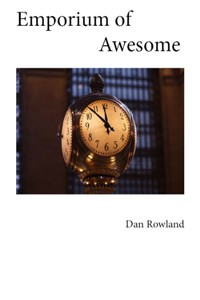 A nerd with a time machine.  What would you do?  Well in this case Tommy decided to open up a collectible shop and then run across time to get the best collectibles, for a steal, and then sell them to the mobs to make a buck.  He has other plans of course while running around.  Like seeing all of the pop culture events first hand and taking some friends along for the ride.

Things get a bit more complicated when he decides to make a difference though.  So tag along with him from the end of the twentieth century and later while he accumalates his collections and rights injustices along the way, like making sure Firefly is renewed and shown in order!!

There is some action and other stuff that happens too, but you'll have to read to find out what.