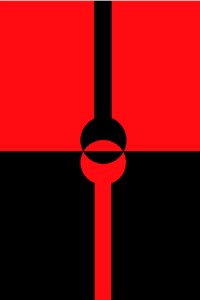 And thus the noble, ancient Engineers, with their all-seeing eyes, looked into the earth and found ores of iron, which they heated with fire to create steel, the same steel that makes the Golems' impenetrable skin.

Temujin was on the floor behind the criminal guild's seer, and somehow he'd managed to fail to kill him not once, but twice.

His blade batted uselessly once again against the paper-thin magic circle that was at the powerful dwarf's neck, and as Haerin watched the events unfolding before him, his mind raced for a solution out of this predicament. His eyes darted around as he looked for something, anything that he might be able to use, but all around him was nothing but a thin street of a sprawling Imperial city, with dirt-sodden houses and confused bystanders walking past-

Haerin ran from his place rooted behind Temujin, causing the poor halfling to give away ground in surprise and tossing him down yet again. He groaned in annoyance, and desperately chucked his blade right at the dwarf while he was looking away. The seer sighed as he raised a card to the back of his head, and when the blade hit it, instead of slicing the seer's skull in half it... disappeared. Almost like it had been eaten up whole by the tiny card it should have sliced through.

"I'm holding your sword in this card for safekeeping," the dwarf explained to Temujin, who stared at the empty space that his sword once occupied. "I can't have you swinging this around. That's unsafe for our people, you know."

"How did I notice the sword when you threw it behind me?" The dwarf smiled as he turned to Temujin. A terrifying, hollow shell of a smile, with no joy or goodwill behind it. "I have a power that lets me see pretty much anything I want." He tapped his forehead and a card fell from it, revealing a magic circle carved into his head's flesh, scarring it to form a perfect, geometric design dug into it. "It's a magic circle that runs in my family line, called the Engineer's Eye. It gives me a few benefits, one of them being able to perceive all my nearby surroundings. By the way..." He turned to Haerin, who was watching this as he tried to creep away. He raised an eyebrow. "What are you plotting, over there?"

Haerin ran behind a young man who had been watching intently the whole time, and he was pretty sure he would be too immersed in the action to notice being knocked out by magic flowing through his skull. Thankfully, he didn't seem to care much as Haerin poured as much energy as he could right through his brain and he collapsed into a heap. Haerin crouched down to sift through his belt and grabbed what he needed: the iron magic circles that the man had been holding. He only had three circles, ten times less than the cards that the seer had. He pushed his energy through each of them in an attempt to see what each of them did.

The first circle began glowing and sparking, shaking in Haerin's hand as it grew hotter and hotter than fire until it eventually -

Did nothing. Haerin was too weak to use it.

He tossed it aside, a little annoyed, and reached for the second circle, while Temujin was trying to land a hit on the seer with his bare fists, who simply dodged them like a knife slicing paper, no matter the angle Temujin came from. Haerin surged his power through the second circle as he grabbed it.

It began to get cold, very cold, colder than ice, so cold that it could've frozen fire, and -

Nothing happened. Haerin was too weak to use it.

He threw it aside. It seemed that he was watching Haerin the whole time, and had done nothing. He was mocking him. Haerin yanked the final circle, blasting all his strength and focus into his last chance until his bones began to ache like hell.

It began to not only glow and shake and spark like the first one, but it also began to spin like a top on Haerin's palm, spinning faster and faster until it -

Burst into dust. Haerin overwhelmed it with power.

He tried to throw the dust at the seer as frustration bubbled in his chest, but the wind carried it away. All of them seemed useless, and either way, the dwarf would see what was coming at him and dodge. No, what he needed was something that would take him by surprise, so much that he couldn't fight back, like one of those weapons in the dark book he had that the dwarves used all those years ago when they roamed the land free -

Haerin scrambled for the magic circle that had gone hot in his hand and put a fingertip to it, putting everything he had right through it. As he expected, it began to spark and glow again, and this time the metal began to soften with the increased power Haerin was shooting through it. The circle began to deform, and as it did so, Haerin felt that his magic no longer could course through the grooves dug into the metal. It was nothing more than a piece of scrap.

Carefully, he began applying his magic not through the deformed, red-hot metal, but onto it, waving his hands over it. As he concentrated on his hand magic, the metal began to reform, the bent grooves in it disappearing as it began to elongate, flatten, and eventually have a bend right in the middle. It looked odd, to say the least, something you couldn't intuitively tell how to use, and definitely didn't look like what it was meant to be - a weapon. He took the icy magic circle and used it to cool down his creation that he forged from scrap. Carefully, Haerin took aim at the dwarf with it, pulling his arm back before using all his force to throw it at him, and -

It flew short of the seer. Haerin's limbs were too scrawny to throw it far enough.

Temujin, who had been trying to land a single punch on the dwarf the entire time, suddenly stopped as he saw the metal weapon clatter to the ground. A grin spread across his face as he stooped down to collect it.

"Haerin..." He muttered. "I've been fighting all this time, and you were making this?" He chuckled. "You really are something, you know."

Haerin felt his face become red hot with rage at Temujin's insolence. "The hell's that supposed to mean? I've been trying to defeat him with my head, not throw meaningless punches like you, asshole!" He yelled.

"Hey, hey, calm down now. I didn't mean that as an insult. I'm actually very impressed. How did you know how to make one of these?" He began swinging the weapon around like a child playing with a toy sword at being a halfling bandit.

"Quit playing around with that," Haerin snapped. "It's not something you can use, anyways. It's no blade."

"Au contraire, mon ami," Temujin said, his wide grin momentarily fading as he tried to process what seemed to be his own words. "Uh... I don't know exactly what I just said, but what I meant to say was that I do know how to use this thing. It's..."

He tossed it, far, far away, and completely missed. The seer sighed -

And then was bludgeoned squarely in the head with a metallic clang as the weapon came right back into Temujin's hand, falling as blood began to pour from his skull. The poor fool hadn't considered that the weapon might fight twice in one throw.

The fight had managed to last a ridiculous amount of time, and now that the sun had set it was only Temujin and Haerin outside, underneath the blanket of the stars, with the body of the mighty seer at their feet. Temujin bent down to the unconscious body of the dwarf, reaching into his pockets. Haerin raised an eyebrow.

"You're mugging him?" He asked.

"Oh, good Lord, no," Temujin said as he sifted through the fallen seer's pockets. "We're not that desperate for money, are we?"

"We're not right now, but we might be later," Haerin said, deadly serious. "You should take any coins you find, just in case."

Temujin sighed. "All right, fine. But just so you know, we're not going to make a habit out of this, so don't go - " Temujin stopped mid-sentence as he began to smile. "There it is." He took out a card from the dwarf's pocket, a card with a magic circle on one side and a design identical to Temujin's sword on the other. Temujin handed Haerin the magic circle. "Haerin, take my blade out of the card for me, would you?"

Normally, Haerin would just tell someone who'd ask such a favour to do it themselves, but since Temujin was a halfling with no ability to use magic, he decided to be generous. He took the card from the Temujin and began to pour his magic through it. He intended to put everything he had through it for such a powerful circle, but to his surprise, the sword fell out with almost no effort. Haerin yelped pulled his foot back just in time to keep it from being impaled by the sharp blade. Temujin poorly stifled a laugh.

"Shut up," Haerin muttered. "Let's get out of this town. I doubt they'd be friendly to us if they found out we'd - "

"We've already found out," a voice boomed at the pair. Temujin dropped the seer's body and scrambled for his sword, while Haerin froze still. Chuckles emanated from the voice's owner at the end of the street, shrouded in the dark blue hue of the night.

"Don't worry. I'm here to congratulate you for outsmarting one of our men. That's one of the highest ranking members of our little criminal guild, y'know. So drop the sword, won't you?"

Haerin looked at Temujin, who shook his head. "We don't know anything about this guy," Haerin whispered. Temujin gripped the blade harder, his knuckles white against the hilt.

"Alright, if you want, you can hold that thing. But at least give us our pal Sokrin you knocked out over there."

Haerin narrowed his eyes. "And why should we give him to you?"

"Well, it'll be an act of goodwill to him, won't it? You are going to be taking him to Perechain, after all."