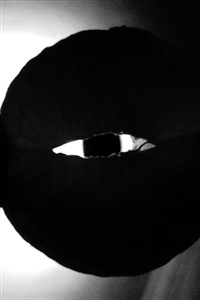 Of Gods and Dungeons

I'm really struggling with it, though. It's been a number of years and I kind of forgot what the original outline was. I still remember the main path, but not any of the details, because I stupidly didn't write an outline.

Progress is being made. I'd like a very decent sized buffer before I start posting again. Don't want to get hopes up only to immediately disappoint!

Amy Barnes, an aspiring chemical researcher, finds herself dying from cancer. One of her most desperate prayers is answered in a way that she'd never dreamed possible, and she finds herself living a new life as a dungeon.
Warning: Violence, morbidity
Cover: Taken from here, courtesy of www.pexels.com by photographer @tookapic.

I've read some dungeon core stories on here, and they've tickled my fancy. I've thought up a whole story, start to finish, and thought it'd be a blast to put it into words.

Other than the violent and morbid aspects, this story is suitable for children. Aside from the vocabulary, that is. I will avoid the temptation to have any cursing, sexuality, or gore. Excessive gore, I suppose - it is a dungeon story, after all.

I’ll do a little research from time to time, but this story will not have a great deal of rigor. I’ve made Amy’s knowledge comparable to my own for that reason. There’s a few things she knows more about than I do, and a few things that she knows less about. Unlike me, she doesn’t have access to Google - it’s a non issue for her to be more knowledgeable than me, on occasion :P

This story does not use the same magic system that I’ve used in either Sorcery in Boston or A Summoner’s Confession. This one is mostly intention based, and designed to be easier access for people who are more used to the idea of, “It’s magic, therefore it works” kind of thinking. Do note that Amy is, in most senses of the term, overpowered. This goes along with the usual dungeon core stories. She’s not more powerful than other dungeons per se, but she does have knowledge and intelligence that puts them to shame.

I thought about doing this in a LitRPG style, but systems take balance, and I wanted this to be pure fun to write.This story was inspired from a few sources. Despite the title, it wasn’t really inspired by Of Mice and Men, though some of the themes match. Rather, I’ve taken inspiration from a few dungeon core novels on Royal Road Legends for the main idea. Many conventions of dungeon core stories have been perverted from the genre, however.

I’ve taken my usual science-loving self to town to play around with the powers, and I can only hope you have half as much fun reading this as I have had writing it.

This is one of the more thought out dungeon stories that focuses not on OP dungeons that try to make sure humans are left with no other option but to co-operate with them But on a pretty weak one trying to get them to not see her as a threat but friend.

My First Review - Of Gods and Dungeons

This is a great start to the story that I have read so far and I do look forward to the rest.  I do not know if the author plans on continuing, but if he does... then it will no doubt be up to the caliber of The Divine Dungeon and The Slime Dungeon books.  I like how it is structured without using the status menus, making everything requires science and common sense instead of it being handed to you on a silver platter.

Typically with a dungeon core novel, you will have them go through and select a starter race.

However, with this book, it is much more starting off with nothing.  You only have what is in the area around you and can create materials/animals/items out of thin air, as long as you have the pattern.  This is a great way to structure the book and I enjoy it quite a bit.

Grammar - 5 stars as I did not see any noticeable mistakes with grammar.

Style - 4 1/2 stars for now, as the book is only 6 chapters long and about 100 pages.  The style ties into the above review's synopsis.

Story - Not applicable as of this moment as I have not seen enough of the story to accurately place a star rating.

Overall - A damn good book with a healthy future ahead of it.  I look forward to more chapters from this author.