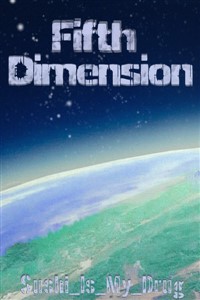 When a man from the past is reborn in the far future, what is he to do? His prided sword skill meaning nothing in this new life, he turns to a place where they matter - VR gaming. He lives his life in game, but when a game isn't all that it appears, how will his life change?

When I read the first chapter I thought this was going to be one of the good ones.

The quality clearly goes down when the author tries to implement game elements into the story, that coupled with the massive repetitiveness  caused it to be of way lower quality than what I expected when I read the first chapter.

Chapter 1 and the chapters describing his dream (35+) are of way higher quality than the rest.

Afer a very promising first chapter, it becomes a bland story. Readable and enterteining to some point, but the potential wasted is to high.

His backstory barely has any influence in his current life.

The grinding of levels is luckluster and any progress feels meaningless.

Many game elements introduced at the beginning are left undeveloped or completely forgotten.

I will focus in the bad things about the story, but it is not unreadable. It just leaves you after each chapter with a feeling that something is missing

Here are some examples:

He starts with a higher starts ranking than others because he usually trains, but that dissapears two days later, in what becomes a really anticlimatic power grind.

In his previous life, he butchered lots of profesional warriors at the same time, yet he is almost evenly matched by the best in the game in skills alone, but as soon as they have more resources or a 2 v 1 advantage, while the first chapter show him being skilled enough to take multiple opponents at the same time. I don't mind that the mc is not OP, but the lack of internal choerence in the story.It makes no sense that he could fights lots of skilled warriors but then strugles against people whose only experience is fighting as a hobby in games.

Elements like skills are introduced in the first chapters and soon forgotten, as well as profesions. The author could have justified the MC losing despite his superior skills by giving his opponents better items or buff potions made by blacksmiths or alchemists (two of the three profesions mentioned) but it seems that noone crafts in this game.

Skills and book skills are introduced early in the chapter, but after the mc gets a few the subject is dropped. Its not that i want the MC to have an endless list of skills, but after a few chapter talking about them, they are barely mentioned again

The world, the city, the NPC and the AI (which suddenly stops appearing) are left untouched.

There is no real development of the side characters

the story becomes a cycle of repetitions of getting to the next rank, finding a new dungeon to train, find that someone already found it (even though they are pretty ahead of the curve and have a member who can calculate where the dungeons are), ask for hel from allies to kick the baddies out, clear the dungeon, go to a turnament where they do really well but end up losing against some big guild that funnels resources into the main players.

The thing that keeps me engaged the most is the whole secrecy about the importance of the game.

Thirty-five chapters so far with regular uploads in clusters of 1-4 or so at once.

This is a VR story with the potential for between-worlds conflicts. The style of the story is mostly that of the tournament combat and monster combat. The reincarnation aspect hasn’t had any plot relevance other than giving the protagonist +5 to his greatsword proficiency and as an excuse for emotional maturity.

The story so far has kept me captivated with its interesting spin on the colony world thing for Sci-fi. It starts off on an isolated colony world (if you could call an entire world stranded, this would be it). I’m gonna treat the prior life thing as a prequel in this review as it hasn’t produced any fruit yet story wise. It’s the regular fight miscellaneous monster and playground bully enemy thing so far. The characters have been overly strong compared to how arrogant (and weak) their ‘enemies’ are. There are also the obvious elements of skill development and the whole magical energy combat thing.

Grammer is fine, moving on.

The characters are interesting. They are working in tandem with the plot twists of the story to make it interesting, which is an important balance to have. They all have motivations and at least the main character has some ankle drenching depth to his personality puddle. A solid manly man without being dumb. For all the fact that he only gets accompanied by girls, they also have their own characters and its the more wholesome guy stuck with the girl group thing compared to how badly gender ratios could be handled in other stories. None of the cliches have offended me and the banter has been entertaining.

I’d say the largest flaw of the story is that it has a slow pace. It’s a bit caught up with its character ability progression and repeated combat encounters. It’s been a slow-ish paced story so far with a helping of questioning mysteries and few answers so far, but they’re surely on the way. Overall it’s an entertaining story with intriguing elements and decent enough characters. I’m waiting to see were it goes beyond monster-slaying and training montages, ready to follow along.

Even though its a bit to esrly to give a review Im loving it a bunch so far, I hope you keep uploading!

Each chapter is better then the one before it.

This story is getting better and better.  Can't wait to see what the author has started to hint at. Would talk about it but don't want to spoil anything.

I disagree about the main character not being strong in comparison to others. Fighting in real life is VERY different than fighting in game.  Second he has a VASTLY larger pool of people fighting than in his old world id imagine only a few knights and nobles where exceptional with the sword most people in era of swords were unskilled and forced into combat So your dealing with very few "good" sword fighters.  in the virtual world people have no fear of death so they can train and train doing stupid stuff in real battles to get good.

Also you are suppose to feel there is something amiss that is the whole point of the first book.  Crafting also lags a lot but in this casae it will lag a lot more since they are actual really crafting things like real life. You think someone can become a master grade blacksmith without years of actual training and work?

Lastly i don't see how his backstory is bad. Most characters have some kind of back story. His gives the reason why he likes swords and is weird sort of person.

His background in the past will help him a lot id imagine in book 2.