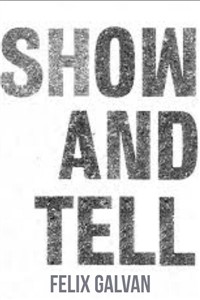 The lunch room was chaos, kids were streaming here and there, finding seats with their friends, creating a cacophony of voices which made it hard to concentrate on his lunch. Just as well, he supposed.

It was meatloaf day, which was by far, the worst of the lunch menu. It was rumored that the meatloaf was the remains of lunches past, ground finely and ketchupped beyond recognition. Even worse (and more unbelievable) was that sometimes, students went missing, and found their way into the meatloaf.

“EDDIE!” Maddie slapped him on the back loudly.

Eddie jumped in fright, “Dangit girl, why can’t you just greet me in a normal way?”

She grinned toothily, “where’s the fun in that?”

Eddie rolled his eyes as his companion dropped her tray of mostly-but-not-completely edible lunch beside his and plopped down beside him. He eyed her as she dug into her meat composite cross section with gusto.

“Blech. You want mine too?”

Before he could finish his sentence, she had speared his from his plate and began working on it.

“Hey, I got a text from the ‘rents, we have to have a parent/teacher conference after school, so don’t make plans.” She mumbled around a mouthful of meatloaf and mashed potatoes.

“Aw man. Hope it won’t take too long, if we gotta hang here till it’s done, we might not get any game time in.”

Maddie nodded and shrugged, as she took a pull on her bottle of apple juice. “It is what it is, man. I just hope I’m not in trouble again.”

Eddie raised an eyebrow, “You been fighting again?”

Maddie grinned, “I’m scrappy, what can I say?”

“Yeah. You’d think they’d learn by now, they must be new here.”

“Lookit you talking, you’re only eleven, Ed. And only 3 months older than me, don’t get all adult on me,” She shoved the now empty tray away, “besides, I love beating on bullies.”

Susan blinked, and a figure swum into sight as she came to. She tried to rub her aching head, but found that she was tied to a chair.

“Ned!” she called out with her best effort at a shout, but fell somewhat short and only managed a raspy mumble.

Her husband grunted, and looked around. “Sue, what happened?”

“So. Now that the two of you are awake, we can get started.”

She unrolled a leather bundle, revealing various tools, both blunt and sharp.

“You and I are going to have a conversation,” she pulled a rubber mallet from the collection of tools.

“Hey, there’s no need for violence. We’ll tell you whatever you want.”

The principal smiled, as if she was just offered a cold glass of lemonade. “I know you will. But, to make sure you’re telling the truth, I’m going to have to use these,” She wiggled the mallet in their direction. “And to make it effective, I’m not going to use it on you, sir,” She pointed it at Susan. “I’m going to use it on her. And you’re going to watch.”

She nodded and his chair was pulled away from his wife’s and turned to face her.

“Well then, shall we get started?” she paused and lifted Susan’s chin, staring her in the eye, she leaned in and whispered into her ear, “just so you know, this is going to hurt him a lot more than it’ll hurt you.”

Eddie dodged past Maddie, kicking in his full speed as he dribbled the ball, and leaping as he shot. It soared gracefully towards the hoop, but he had imparted a little too much spin as he threw, and it ricocheted away, to be snatched up by Maddie, who quickly shot, and sunk the ball.

“Yeah, yeah. Beaten by a girl. I’m totally used to it by now,” Eddie said, retrieving the ball.

“What is it?” Maddie asked, straining to hear it as well.

A faint sobbing was heard, followed by a short scream.

“What in the heck?” Eddie set the ball down, and carefully scanned the room.

“We’re the only kids here, right?”

“Uh, probably? The kids who wait for rides usually hang in the cafeteria, but it’s kinda late.”

Another faint scream was heard.

“Gotcha!” Eddie rushed to the far wall, and ducked behind the collapsible bleachers that lined the walls, quickly followed by Maddie.

“Where does that come from?” she whispered.

“Ah, the boiler room, I think.” he replied, frowning.

“Then let’s go.” Maddie bolted towards the double doors that led out to the main hallway.

“No! Mad! Wait!” Eddie hissed as he chased after her.

As he hit the double doors that closed just as he arrived, he saw Maddie dodge around the corner, further down the hall.

He plowed into her as he turned the corner, “Mad, you can’t just charge in, guns blazing.”

He panted heavily, hands on his knees. “I got somethin’, hang on.”

Eddie pulled the hexagonal box from his hoodie pocket, and pressed a button on its underside.

“I snagged it from your dad’s utility belt.” The box unfolded into a small drone. He twisted it ninety degrees, splitting it into two pieces.

“Yeah, I didn’t have a chance to show you yet. Open the door to the basement. I’ll send it in.

Eddie maneuvered the drone into the doors, awkwardly at first, but then with confidence as he got used to it, eyes fixed on the controller’s screen.

“Holy guacamole! It’s the principal’s daughter, Helga. She just knocked the drone out of the air and destroyed it. Before it fell, I saw your parents tied up behind her. Mad, call my dad, tell him what’s up.

Maddie pulled her phone from her pocket and tapped the screen quickly.

“Ah! Mister Jones! It’s Maddie, we need help! My parents have been captured by my principal. She’s hurting them. No, The cops would think I was pranking if I called. Yes sir.”

Maddie shoved the phone back in her pocket, and ducked as the drone buzzed back through the doorway.

Eddie snatched it out of the air and connected the two pieces with a click.

“Your dad said he was inbound.”

She pushed the door open, and turned to her friend, “You coming?”

The next chapter explodes into violence! look forward to it!