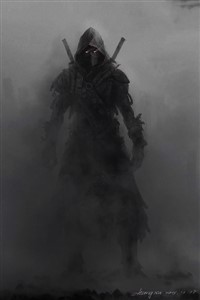 Since ages past, the kingdoms of [Cuntersia] and [Wankeryl] have been locked in a stalemate of unending war. Recently, they have been in a conflict for [Kokaine], a resource that can only be found between the borders of the two countries. Revered for its ability to significantly raise the magical and physical potential of anyone who uses it, neither kingdom could afford to yield the vast fields of [Kokaine] to the other.

As the two superpowers clash, a single hero emerges, bestowed with overwhelming combat ability and strength. Possessing the finesse to turn the tide of the war either way, which side would he choose? Or will he forge his own path of solitary conquest and get high by sniffing [Kokaine]?

NOTE: This story takes place in a medieval fantasy setting with swords and magic. There are Elves, Beastkin, Orcs, and monsters as well. There will be a lot of lame jokes and names, please don't be offended. And remember to leave a review! This is just a joke novel, although it gets a bit more serious after the first few chapters.

Credits to user Tanaka Tomoyuki for suggesting me the synopsis.

A mixture of Lol moments and Eckness

If this story focused on the funny, wacky and the stupid this story would be anywhere from a 4-4.5. But the "Normal" parts of the story are preeeeetty boring or bland.

Im getting ahead of myself though.

This story is about An OP Tim-Tam dude called Bob, not actually a tim tam, who likes to steal K O K A N E and let's himself be hired as a mercenary by team Cunts.

So yeah grab yourself your Japanese light novel protagonist and chuck him in the basic fantasy setting template we are all used to. The base story is pretty meh and Bob-Os character changed sporadically at times which can screw with his consistency.

So many stories I give no fucks about nowadays but this stories humour just got me. I laughed out loud or had a smile on my face most of the time : ).

except times like when a paragraph or two of exposition about how the adventurers guild works and the building layout of said guild appears in 3rd person half way through a first person chapter oh my gooooooooooood.

Another negative thing now, #KingOfSegways, the author doooooes occasionally make some "Oopsies". Nothing overly massive and easily fixable but you will notice them, like accidentally changing from 1st person to 3rd inbetween sentences.

Easily fixed however and he just needs some practise.

This stories stronger point is definitely its comedy and it may be a bit crude but fuck me dead it should give you a chuckle. However this joyous experience can be quite heavily bogged down by the slow and uninteresting "Normal/Seriouse" bits of the story which could do with a bit of... pazazz. Like half the time I felt it was a great story, comedy sections, other half I was kind of "Eh".

Overall good story, Screw you, read it, love you <3, give me a cookie, I haven't seen the sun in years BYE!

p.s writing a review on the phone is aids don't do it.

but it actully is a pretty good one considering how many ways this could have gone down the drain also i didnt realize that it got progressivly serious  so i am going to continue reading it.