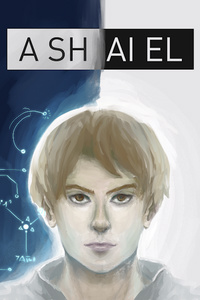 Allen Smith, a jaded and foul-mouthed corporate developer ends up in a fantasy world. Unfortunately, this world is much more realistic than his expectations. What could possibly go wrong?

Starts off rocky, but the plot moves on, and the story is rather decent. Several cliches, but the author didn't dig in and rut around in them, as the self-aware author he is.

The main character is flawed, which is a good thing. Some reviewers call him a 'yes-man', a special snow-flake, blah blah " I don't like my character, too weak! He's so dumb! oMg!" , but people forget that humans have flaws and not every MC has to be an incorrigible force of nature.

Suffering and mistakes have to have an impact on the story and plot. Don't weld the plot armor too tightly. The story is just starting out, but the main characters new relationships to certain floating masses is interesting and worth exploring and subverting (avoiding the cliches and doing something 'original')

I did not like the style of the dialogue ...it felt disjointed and really affected the immersion. The ease at which the communication issue the MC has is solved is also not believeable, as there are no world building elements that would ground it; the first time at combat is also a similar issue.

Discliamer: This is a personal and biased perspective based on things I did not like. As it was not enjoyable to read, I cannot say if it will get better. But in my reading experience, they usualy don't.

A great read as of chapter 39
it starts a bit stiff, but when it starts rolling it just keeps on going and i hope it will continues to do so. so square away some time and read what this author has to offer. and you will be happier for it

side note: this is not an insta OP MC from the realm of shit writing so if it dosent catch you in the first chapter please try atleast two more before giving up on it

Oh man, how is it, that all good stories have like one chapter.

Hurry up man, I really like this story of yours!

Thx for your hard work and effort!

Reviewed at: Chapter 74: The distressed dwarf

I started reading today, couldn't put it away until I caught up to the last chapter. That should tell you everything!

A 30 years old bitter bastard gets thrown into a realistic magic word and, somehow, despite the constants complaints and a few glaring personality flaws, his story is engrossing to follow.

This is pretty great, and the grammar is pretty awesome. There are some minor errors, occasional missed letters and the like.

Characters are pretty good, they start a little one dimensional but get much needed depth later on. That said maybe a bit of romance would go a long way toward giving some depth.

Plot is awesome and does Isekai without a blatantly OP MC pretty well. Allen has to work his ass off to get where he does.

The biggest shortcoming of this story is it's main character, or more specifically it's that the main character is a complete pushover, more or less he is betacuck personified. There are several times in the story so far where he is either being negotiated with or being wronged by people of higher status than him.

Yet in each of these he caves in, one time he caves in because someone jiggles boobs in his face a little bit (not even intentionally), another time he just sits there and takes his punishment like a bitch for crimes mostly committed against him, and then at another he caves because he clearly doesn't know how to not cave. These are just the major ones, there's a lot more minor ones, the last one being chapter 56 where I stopped reading (all caught up at the time of this writing)

All in all the thing that bugs me about him is that, he's a pretty high tier fighter, I wouldn't say OP but he's like a fairly high ranked adventurer, and growing, from a relatively early point in the story, his capabilities should not make him a pushover.

There's nothing really special about the protagonist I suppose being easy to bully is his only defining trait. He doesn't play his cards right, he doesn't even play his cards well, there's really not much more to say about it.

The other characters are all equally shallow, especially the unnamed background characters who go around pestering strangers for stories. Seriously, people don't do that. And besides his circle of friends and close acquaintances other people generally are just a bunch of dicks.

Besides the shortcomings of the characters though, the story is actually half decent, the world is impressively well fleshed out, it's what kept me reading, although the technology level of the world is just middle ages tier stuff, the mages aren't hobos who don't know what fire is, they have a fairly decent understanding of the world compared to other similar stories, which is definitely a plus cus it doesn't allow the MC to become op because he's the only person in the world that knows what oxygen is. So he becomes OP by creating a do-it-all enchanted item that functions a lot like a 60s computer, he doesn't have an operating system but he can make programs. And he has a cheat which allows him to have a display too.

Also, the title of the story seems to hold no meaning at all. Wtf is ashaiel? it never comes up.

Lastly I suppose the writing, the writing is not bad but it's nothing special either, a few grammar mistakes here, a few vocabulary mistakes there but it's like once or twice per chapter, nothing too terrible. There are some weird POV changes though and most of them seem meaningless, it's like the author is just writing pov changes to write pov changes, it's an incorrect use of it for sure, but again not a big deal because they're not that frequent (although their frequency does seem to progressively increase...) and they're always just one chapter long, the chapters aren't that long and you can pretty much get away with just skimming these.

Is it entertaining? Yes, except for the chapters where the MC is getting pushed around like a ragdoll without any resistance. There was one hint though that he's finally starting to try to resist being pushed around, but it didn't last very long, I'm hoping the author is intending to use it as a character development device so that next time he'll fight a little harder and maybe not get completely trampled down by some random assholes.

I would recommend this story to people who are bored and don't have anything better to read.

The good: semi-serious story without a psychopath to main character. Good writing with few spelling or grammatical errors. Decent side characters.

The bad: Jokes that devalues the seriousness by which you consider the world, such as spitting water to defeat a sand elemental when a waterfall is nearby.

The ugly: Mc that claims to be unable to explain basic concepts behind a computer within a year. But can implement one from scratch in new materials within a month. He is also critical to most fighting within a few months, regardless of competence. Where he cannot contribute by skill his bumbling will save the day. In short, lots of “mc is a special snowflake” and storybook logic.

Not sure if I will continue reading, reviewed at character 25.

It was good until...

Yeah, everything was good until the forced plot happened along with being a yes-man far too many times.

Sure, he's apathetic enough that we don't have to worry about justice types but being pushed far too many times and NOT making any insurance policy in case he dies or near it is just stupid!

by tkioz Tuesday, August 14, 2018 4:10:27 PM
I made it five chapters in before I had to close the browser or  suffering a mental breakdown. The use of [NAME SAID:] for dialogue is  just... wrong on so many levels.
Report