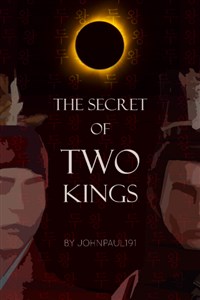 Secret of the Two Kings

Sae Joo and Sae Yoo are fictional twin princes of the Silla Kingdom, one of Ancient Korea's Legendary Three Kingdoms. They were separated at birth when their Father King predicted the solar eclipse, which happens every thirty-three years, incorrectly. According to the beliefs, royal twins must not be born on the day of the eclipse because one would bring the kingdom to its highest glory, while the other one would bring it to its downfall. The two must be separated eternally or the kingdom will face the wrath of the Heavens.

What will happen if Sae Joo and Sae Yoo meet? Will the prophecy be fulfilled or will it be possible for two kings to rule the Kingdom of Silla to bring it to its highest glory?

Author's note: Please excuse my grammar errors. I am a newbie. Please understand. Thank you. :)