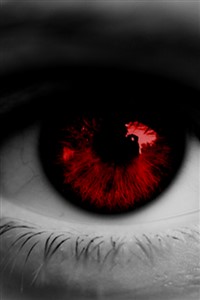 Vampire in the Harry Potter World(Hiatus)

When Kai is killed in a terrorist attack, he wakes up in a forest a few miles west of a small town called Godric's Hollow and finds himself with superior strength, speed... When Kai moves through the town he discovers an attack on one of the families what will he do?

-This is my first time writing a novel so I will have
mistakes, so I'd appreciate it if you could
point them out.
-The type of vampire is the vampire from twilight with some of my own changes.
-I want to point out that both HP and Twilight don't belong to me.

An attempt has been made.

I tried, I did, but I can't continue reading this. I'll give a few reasons.

1) Characters. The MC, Kai, is rediculous. His very existence is absurd but I guess that's the point? Not only do you take a normal character from a normal world and throw him into the HP universe, you do it in such a traumatic fashion. But I suppose most people end up in a new world after death. But why do you have him accept the sitation so fast, to the point of ripping off his arm to test his slef regeneration? And now Volemort, who should be one of the most dangerous and charismatic people in the HP world, is made into an underling who is drastically afraid of the MC. Don't break a character's profile like that.

2) Grammar. This is actually the biggest issue with the writing for me. The way in which you have a person think to himself is marked oddly. The way you have some of the questions written into the paragraphs is a downright mess, notably during the interogation of the two people racing the cars. And the dialouge between the characters is atrocious. it might just be my taste, but how can you have someone speaking, and then replying, in the same paragraph? Use some spacing!

That's it from me. I might be being harsh though. Good luck with the rest of the story and arc progression.

There's nothing good about this fanfic. The MC is horrifyingly OP so you have to nerf him by making the wizards a fuck tons stronger. Srsl, am I supposed to believe that a being ,whose 2% of his strength allows him to cut through a large bolder with his hand like knife through butter, can't break a shitty ward shield?

Or that two wizards who can't even see the MC due to how fast he can run have the ability to "easily kill him"? And then there's also the whole blood orb bullshit. Words of advice, if you want to write an OP MC, don't nerf him 8 chapters in. And don't even get me started on Voldemort agreeing to cooperate. Dude is a blood purist through and through, do you honestly think he'll help a filthy vampire?

And why in gods' names did he make Harry a vampire if he is gonna take Voldyshort as his second in command. Srsl, wtf does he command? Dude just got to this world for a few hours and has next to nothing to his name.

And what the flying fuck is the point in making this story happen in the HP universe if you're gonna make the MC leave Britain in 20 chapters? No seriously, answer me, why? And really? MC was thrown into another world naked, turned into a vampire and the first thing that came to his mind was testing his ability?

Who does that? Who rips their fucking arm off just to test their regeneration? For all he knew, it might not even grow back, that just retardation in its finest! And last I check, a piece of floating soul can't use spell (not without possessing a body) so how the fuck did Voldemort use the killing curse on MC? What's the point of using the HP universe if you're gonna change everything?

If the boring plot, the way too OP MC and the changes haven't turned you off just yet, then look at the grammar. Now i'm not saying I'm the best at English, because frankly I'm not, but your grammar sucks. There's a difference between "you're" and "your".

The wording is clunky at best and straight up unreadable at worse. I honestly have no idea how this got 3.76 stars. But if you're (not your) reading this, then don't bother with this, it's just a waste of time. It's like the author took the shit from his toilet and smashed them together to create this.

While the MC seems abit OP with the mention of 2% of his power can destroy boulders xD and he sprint in 5 times the speed of sounds if i remember correctly.

while it sounds very op when it is stated in that way you have to take into account that vampires have speed enough not to be seen by the normal eye and they have monster strength.

im saying this so the author dont back him/herself into a vorner later with the power increase all the time.

other than that the story can be very interesting i like that he went for the evil side. and not the harry potter side. would be cool to see if he gathers more vampires and monster and we get to see more of them here than in the movies etc.

apart from my nerd rant i feel the grammar is good. the story still in the baby stage wich is good there are ways to improve etc. while i want longer chapters i cant ask for too much.

the character is hmm.. okey i gues is what i would say.

thats what i got after 12 chapters! hope you spew them out fast and in good quality!

Don’t Listen to the Guy Above Me

It’s a story deserving of a fourstar. The story is above average, characters neither good nor bad. It’s deserving of a light read on the train or bus.