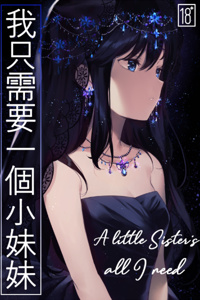 The air in the classroom grew tense as a lady in a daunting white lab coat emerged from the doorway. Her heels pounded a steady beat until she stopped at the front podium.

"Attention! My name is Doctor Lirin and I will be your instructor for the next four years until the 5th-year expedition."

Her voice brimmed with an ironclad will while the students marveled in reverence to her title.

The title 'Doctor' was only reserved for a special group of healer magicians. This meant that Lirin was an elite in the medical field, capable of using up to 3rd tier support-based spells. Most of the instructors here could only cast 6th tier spells, 5th tier if they were specialized. In fact, her lab coat was the physical proof of her medicinal abilities.

Doctor Lirin had a keen edge to her amber eyes. Her light-brunette hair was braided elegantly together into a long ponytail while her ample bosom looked like it would burst out of her collared shirt at any moment. Her overall appearance was mature and gave the impression that she was a stern beauty.

She quickly scanned from left to right and then clicked her tongue, as though the class was not up to her expectations.

"Inside your desk, there is a rectangular device. As you heard from orientation earlier, these magical gadgets are called「AI」. Everyone grab your devices."

The class promptly complied as soon as she finished her sentence.

"You can use 「AI」 to access a private network designed only for Temple Academy students. On there, you can check for daily updates, join clubs and organizations, message each other without using mana, update your personal profile or do whatever you young adults do these days."

Ironically, Lirin looked only a couple of years older than the students, appearing more like an older sister.

"Remember, DO NOT lose your device because all your personal information is stored on there. AI is considered as your school ID and you need to have it with you at all times. If you lose it, expect a severe punishment from me."

Lirin held her gadget up in the air as a small cat keychain jiggled in the top right corner. Somehow, the cute accessory indicated a hidden side of her.

"During class time, we will use this to view your current stats and rankings as a Regular. Stats contains personal information such as the spells you can use and to what degree. Rank is your current standing within the Academy. To increase your ranking, you will have to participate in tournaments and win."

"How often are the tournaments?" A student raised his hand and asked.

Lirin drew two lines on the board behind her, splitting it into three blank sections.

"There are three types of tournaments. The most common is Weekly Competition. Just like it sounds, it happens every Earthenday. It's a one-on-one duel in which you are randomly assigned opponents in any of the Regular rankings. The deadline to sign up is twenty-four hours before the event."

Instead of a writing instrument, Lirin's index finger had a faint bluish-white glow as she moved her hand across the whiteboard. Black words gradually appeared at the tip of the magical light.

"The next one is called Battle of the Divisions. We hold these around every two to three months depending on how many students are prepared for it."

Lirin wrote F-class in the second column and split the bottom into four subcategories.

"Within each ranking, there are four divisions. Since we are in F4, during Battle of the Divisions, you will be competing against F3, F2, and F1 as an entire class. It will be a mock live battle and the winning conditions can vary from Capture the Leader or Conquer the Fortress."

"Umm... doesn't this mean we are the lowest ranking?" Another student asked in a soft tone.

"Correct," Lirin replied with an indifferent expression, "You are all in the lowest ranking."

There were several groans from the crowd while a few glared at the student who spoke of such a displeasing statement. Many students felt disheartened from her straightforward response, but they could only accept the brutal reality. Everyone knew they had performed inadequately on the entrance exam. That was why they were here in the first place.

"But that's why, you will all rise." Lirin continued with an unexpected smile. "Since you are all F4, this means there is no way that you can decrease in rank. Thus, the only way is up."

That was when most students realized that their instructor was not as harsh as they considered her to be. The genuineness in her voice sounded like she was there to help everyone succeed, even if they were considered the worst by school standard.

"Keep in mind that your overall ranking is determined by the class average and not individual ranking. At the end of every school year, the total points accumulated from the ten of you will determine our new ranking for your second year. So here's what you need to know."

She held her fist up in the air and declared:

"You all succeed or fail as a class."

Many students glanced at each other, motivated by her moving speech and wanting to make friends and form connections.

—Lirin held her index finger in front of us and smiled.

"There is an exception to this rule. And that leads to the third tournament called Champions. If you perform satisfactorily you will be exempt from the cohort and promote individually. I'll discuss this later on but as Temple Academy students, I am sure you all know already."

Everyone nodded in response, having heard of the famous tournament that was publicly recognized throughout the world.

Its popularity was similar to a national sport. Many wealthy nobilities, royal sovereigns, and famous adventurers would travel great distances to watch a series of games. Even Boba, one of the current four 'Hero-tier' adventurers and Smoky Chip, Di Federation's strongest warrior would occasionally stop by to spectate.

For the Regulars, Champions was the tiny sliver of hope that presented itself as the sole gateway to becoming a Potential.

A note from Amae