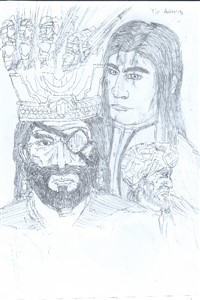 In Spite of it All

by Julian the Apostate

Spanning from the pillars of Napros to the peak of the Old God does the Khosroshar span. For 3000 years has this ancient realm sprawled, and for 600 years has the Andhvarid dynasty ruled. With the death of Arsaces V did this ancient realm collapse into bloodshed once again, as brothers slew brothers, mothers slew children, fathers slew wives, and sisters slew husbands. As the dark reigned, so did its nightmarish creatures. Four legged demons from the far east rode in, slaying all they found as the realm plunged into chaos, proclaiming an empire of calamity. It has been 60 years, and the year is 673AC. Reconquest begins now.