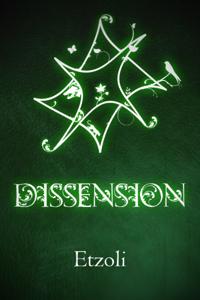 Interlude I.I — A Year in the Life of Hailey Winscombe

For Royal Road, this interlude has been split into individual parts for ease of bookmarking, by request. If you'd prefer to read it as one whole piece, click here.

A warm evening in May at Hailey Winscombe's apartment in Rallsburg.

Hailey Winscombe hurried to the table just as a knock came at the door. She swapped the positions of the corn chips and the punch bowl. The chips had been too far from the dip—their natural partner. It would have made the snacks much more annoying to pick up and enjoy. Everything needed to be right for this party. It was a special occasion, after all. She had a new roommate to introduce to her tightest circle of friends, and she was determined that everything would be just perfect.

A second knock sent her scurrying upstairs to the door.

"Come in!" Hailey announced, beaming out onto the walkway of the apartment complex. At the door were her four closest friends, chatting away the evening as they trooped in and followed her back downstairs to the living room. Ian, the funny one, already with the group in stitches at a joke he'd told just before she'd opened the door. Jessica, the smart one, wide glasses affixed permanently to her face, a hood covering her hair and a thin smile on her lips. Hugo, the talented athlete, punching Ian in the arm, jostling his best friend good-naturedly.

Weston, the yang to her yin, always cool and detached. Her polar opposite, her worst enemy and her constant irritation. Her boyfriend.

She threw her arms around Weston and planted a kiss on his lips. He smiled, but gently pushed her away. "Hey."

"You're not getting away with one-word answers around my new roommate, Wessy," Hailey admonished, wagging a finger at him. He grinned.

"Where is the new meat anyway?" Hugo asked, plopping himself down on the couch with the bowl of chips. Hailey tsked at the dissolution of her perfectly arranged table of snacks.

"She's been up in her room all afternoon buried in a book. Studying, I think." Hailey looked up at the second floor of her apartment, frowning. "Hey! Gang's all here! You promised you'd come say hello!"

There was no response.

Jessica blushed pink behind her thick glasses and burrowed deeper into her jacket.

Hailey shook her head. "No, she's cool. I don't know what's up. She's the nicest, she's just a bit of a bookworm."

"Shy and a bookworm? Jessie, you've got competition."

"At least we'll finally have someone smart besides her in the group," Hugo quipped. Ian chucked one of Hailey's many pillows at him, which he deftly caught and sent sailing right back into Ian's chest with a thump.

"The king and queen have spoken!" Ian declared with a flourish. "Come down, yonder maiden!"

They all looked expectantly at the staircase, but still no response came back. Not even a shuffle of movement. Hailey was starting to worry.

"Guys, wait here a sec?" She started up the staircase, two steps at a time.

"Don't take too long, I can only stand Ian for ten minutes at a time," said Hugo.

"Ten minutes longer than you could stand Nikki Parsons," Ian shot back.

"We had a difference of opinions."

"I heard she kicked you out because you threw up on the sofa," Jessica interjected quietly.

All heads turned to Jessica, who suddenly seemed determined to melt herself into the couch.

"I'm satisfied with soda, I don't need to stumble around like an idiot at parties."

"'Cause you're so lightweight you'd pass out after one cup."

"Guilty as charged," Ian replied. "Hey Weston, what about you?"

"I drink sometimes," Weston answered, still gazing at the staircase and clearly ignoring most of the conversation.

"What's your drink of choice?"

"Come on, man. We gotta know your taste so we can judge you too."

"Hailey would drink us all under the table no sweat though. Then she'd go jump off a cliff with a parachute and be totally fine, while we'd all be dumber than Rachel on test day."

"I like vodka," Jessica put in. Even Weston looked around at her in amazement. "What?"

"No kidding. Jessie has us all beat," Ian conceded. "How do you even get vodka at nineteen?"

Before Jessica could answer, they heard a thump from upstairs.

Hailey's voice rang back down after a brief pause. "I'm fine! Just tripped on something. But…"

"I don't know what," Hailey shouted back.

Ian gave them all a significant look before bolting up the stairs. The rest followed, still chatting away without much concern.

"Well? Where's this fabled roommate?" Hugo asked, standing in the doorway of a tidy, but rather impersonal room. For all they could tell, the furniture may as well have just been assembled. There was no evidence anyone actually lived in the room, except for a piece of old, cracked parchment paper that lay on the desk, and a few duffle bags scattered around the bed.

"I don't know," Hailey repeated. "I came up here and she was gone, but she didn't come back down and it's not like she's gonna jump out the window…"

"Says you," Ian retorted, peering out the window to the hard concrete three stories below as best he could. The building was only two floors, but it was built into the side of a hill overlooking the forest and the back was a good deal lower than the front, leading to both great views and a dizzying sense of vertigo out the bedroom windows. Hailey loved the place just for the view.

"Eww, Ian. Don't say that," Jessica squealed, her hands to her mouth.

"I'm not saying she did. I'm just saying we don't know her very well. Maybe she booked it."

"You did say she was shy," Hugo added, also straining to look out the window.

"Not run-away-from-friends shy," Hailey shot back. She picked up the piece of paper from the table. "All she left was this, but I can't read it."

"What do you mean you can't read it? Is it in a different language or something?" Ian asked.

Weston took the paper from Hailey, glancing down it with vague interest. "Huh."

"Huh, what? Stop being so non-specific." Ian reached out for the paper, but Weston held it away from him and passed it to Jessica.

Jessica adjusted her glasses slightly and brushed her long hair out of her eyes as she peered down the cracked paper. "I-I don't know. It's like I can't focus on any of the letters. My eyes get all fuzzy." She handed it back to Hailey. "I don't want to look at it anymore."

Hailey took it back, ignoring the protesting Ian, and strained her eyes to read the letters. "It kinda looks like English…" she murmured. She could see the vague outline of a letter A at the beginning of the first sentence, and the next few letters following. "Abrec tes minneard desve seln-"

Hailey's voice caught. She coughed hard, looking away from the paper.

Her friends stared at her, dumbfounded.

Hailey shook her head. "I'm good. That was a rush," she added, looking at the page again. Her blood was thudding through her skull, and she could taste adrenaline on her tongue. It was the feeling she'd always chased. She loved it. She needed more.

She began reading again, and Hailey Winscombe felt a sensation burning through her. A rush of wind that felt like it originated inside her, like air flowing underneath her skin and making her light as a feather. Hailey thought she might simply start to float then and there, and nothing appealed to her more. The idea of flying—of taking to the skies like a bird and experiencing that freedom—had been her dream since she'd been a child. She'd come close to it in the past. One year, for her birthday, her friends had pooled their money to buy her a trip up in a glider with a wingsuit. It had been the greatest sensation of her short life.

Reading the page, Hailey felt something even stronger. Instead of simply sliding across the air, swooping but still slowly descending as gravity refused to let go, Hailey felt herself float, completely free of the earth's pull. As she made it further down, the paragraphs running together as her voice sped up, it took hold of every sense. The world faded away and Hailey Winscombe was in a void, where the air was her friend and gravity her willing partner. She took hold and swung herself around, dancing and twisting through the air effortlessly. She could fly, and it was every bit as joyous as she'd ever believed it could be.

Then Hailey reached the end of the page, and her eyes snapped back into reality. The wind was sucked out along with her breath, knocking out her legs from under her. Her vision was searing red as blood rushed through her skull, far too much of it having blown up into her eyes and her brain. She fell heavily against Weston, who'd leapt to her side the moment she'd started to drop.

Hailey felt like she'd just woken up from a dream she'd been stuck inside her entire life. Her eyes were wide and on the verge of tears, as she'd never felt such a pure expression of joy and feared she might never again.

Hailey Winscombe wasn't one to give up so easily. She grinned, struggling to her feet with a great deal of support from Weston.

She was going to fly someday, for real, and that piece of old parchment had just shown her the way.

Bio: Sysadmin, IT girl, wordsmith, TV obsessive, pretzel addict.
Many keyboards have perished in my pursuit of good stories.