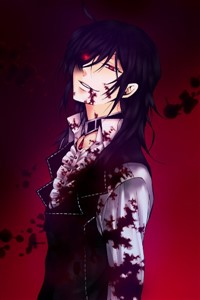 Remove Ads
Next Chapter
A note from Dark Rose_Ruby

Hey guys, I want to warn you there might be some mistakes in here I'm doing my best to look over and catch my mistakes. But until I find an editor there isn't much I can do. I hope that won't prevent you from enjoying the story.

Hidden by the darkness of night, in a castle room on the highest tower, a man stumbles to the ground, blood dripping onto the marble floor from the gaping wound in his chest. A bejeweled dagger impaled into his chest, a 12-year-old girl stands over the dying man. The girl had a panicked look on her face, as she looked up from her bloody hands down to the man she had once considered something of a father figure. His crystal blue eyes met her's and she felt a cold chill run down the back of her spine. The former Emperor coughed up blood and stared sadly at his beloved niece. Ana, he could see the changes taking place within her. He knew this was going to happen, that telling her the truth would break her.

The young girl ’s green eyes that once were filled with life, turned cold and distant. Slowly she walked forward and kicked his bleeding body.

" Stand up." She said. When he didn't her face contorted into anger.

" I said STAND UP!!" She yelled, grabbing a piece of fallen glass and throwing it at him. The broken shard cut his cheek, and like a tear, a trail of blood traced down his face, falling into the pool of blood forming under him. Ana knelt next to him, grabbing his collar and shaking him.

"WHY?! Why did you kill them!? How could you do this to me!?!" she yelled at him. She was crying now, screaming and begging the only family she had ever known for answers.

The pain was clouding the Emperor's mind and he could no longer speak. Slowly he raised his hand and wiped the tears away from her pale cheek. He tried to communicate with his eyes, his regret, his sorrow, his love, and despair. Loud footsteps could be heard from behind the oak door.

The man's body went limp and Ana thew herself over him, sobbing as she clutched his shirt. Guards entered the room and rushed to help the princess and Emperor. But by the time they got there, it was too late. His heart had stopped. The Empire would have their first Emprises, and all throughout the land people would mourn the loss of their great ruler.

A Ruler that conquered kingdoms and built an empire. A man second to none in battle. Respected and feared throughout the land, an Emperor that could rival a god in power.......was dead. The reign of Empires Ana had been born. She would be a strong and fair ruler but not ignorant or naive. For she had been betrayed and hurt, and her heartbreak would never truly leave her and she would lead this Empire into another era.

And all had gone according to his plan.

There is no light, the gates of heaven do not open as was promised. Instead, there is only darkness. Warm, comforting darkness that wraps around me, like a blanket. Its apostrophe was oddly peaceful and I find myself drifting through the void, without a care in the world. Until I'm ripped from the darkness and into the light. I cry out as new smells and sounds assault my senses. Apart from the blinding white, I can see blood around me and figures moving. I try and discern my surroundings, calming myself and letting my eyes adjust to the light. I see a woman, with dark black hair, and grey eyes, she smiles at me and it's like the world has been lighting up all over again.

" Maria, would you fetch Thorizane, tell him to bring Alaster and meet the new addition to our family."

The woman says. I could understand the words she spoke, but the language was entirely unfamiliar. I remembered faintly of sitting in a wooden shed, lying down on a hard cot, as an old woman stood over me. Her eyes glowing gold as she chanted a spell, figures etching themselves in the air in front of her outstretched arms. It had been one of the many runes I had engraved on my body and soul. This one had been a language rune. I guess since I had my memory ś then my soul must have just been transferred to a different body. A very tiny one at that.

But, wait! What did she say!!! NO! NO! NO! I was supposed to die, whatever happened to let the dead rest in peace. Who's the sick god that decided to reincarnate me? All the lies, preparation, all the pain....had it all been for nothing?!?!

A cool hand cradle's my cheek and I realize I had been screaming. Newborn or not, this was not how a king was supposed to act, composing myself I stopped my cries and looked once more at the world around me.

Suddenly, the door to the room burst open and a large man ran in.

The monster towered over us. He was tall with a muscular build and scruffy blond hair. His deep purple eyes stared down at me, sparkling with pride. My mother lifts me toward the great beast of a man and his large arms practically engulf my small body. My father waggles his figure in front of my eyes and for some reason; it seems to be the most fascinating thing and I reach out my chubby little baby hands and cling onto the finger. Movement catches my eye as a small boy moves forward behind the imposing figure of my father.

He looks around 8 years old. He has his father's blond hair and his mothers grey eyes. His small body was toned, from training and exercise. I wonder if I was born into a military family, overall I'd be happy if my new family took a basic interested in fighting and self-defense.

" Alaster, meet your new baby brother" My father calls out. As the boy approached me.

With a joyous laugh, my father leans down eye level with my brother and showed my tiny form to the cautious boy. Alastor looked at me. I certainly didn't want some sort of sibling rivalry. First impressions were important, so I put on my most innocent smile and giggled reaching out toward the boy. A small smile appeared on my older brothers face and he takes me from my father's arms cradling me as he walks toward my bedridden mother.

" What's his name?" Alaster asked. Good question, it better be a nice name. I will not be reborn as a David or Harry or God forbid a Lenard. His mother pondered for a moment and then peered down at her newborn child. Her eyes lit up and she spoke, softly his new name.

A note from Dark Rose_Ruby