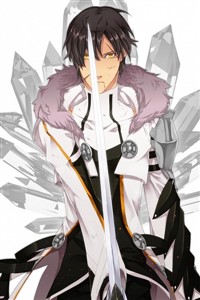 Rebirth of the Sword Emperor(Original version)

This story is being rewritten. Check the new version here.

Mark has reached the epitome of martial greatness, reaching level 400 and attaining the title Tier 6 Sword God. However, due to unknown circumstances, he is forcibly sent back into the past. Entering the "New Reality", Ashes of Gods, once again, Mark vows to reclaim his former glory and strives to reach unimaginable heights. Armed with mysterious battle techniques, advanced knowledge of gathering qi, and sophisticated dungeon conquering strategies, he sets out to accomplish legendary and unique quests. In this lifetime, he will serve no one, and he will never be underneath anybody. And thus begins the legend of a single man who defies fate and goes against the heavens.

I found the cover in google, if the art is yours and you want to be credited, or want it to be removed, just pm me.

If the author set out to write a Light Novel meant to grant readers instant gratification he has hit the mark.

I could find very little to fault as far as grammar is concerned but that is where Kazumi's merits end.

The story was a snoozefest from the first paragraph. The first few chapters are no more than a massive 'info dump'. They were a list of the protagonist's accolades and his knowledge of the game. His style and storytelling are no different from most Japanese Light Novels, except the vocabulary and sentence structure isn't as bad as most of the translated swill floating around the webs.

The author needs to spend more time building his protagonist instead of listing his stat boosts and previous knowledge of the game. Holy fucking shit dude, his consciousness gets transported into his past self and all he cares about is getting overpowered in a game world. There is no shock or surprise of the sudden change. He instantly accepts it and starts worrying about his life in the game.

His start in the game only focuses on him getting stats, stats and more stats. He puts in zero effort, there is no challenge or no intrigue.

If you're looking for a story where the protagonist gets super powerful super quick, you're in the right place. If not, don't waste your time.

This story is starting off great, the character creation is unique and sets up a lot of potential plot elements, and the MCs interactions with the games Admins are something to look forward to!

I look forward to this being something like Overgeared but the MC is Kraugel instead.

Really liking the story so far, it has a ton of potential so im looking forward to seeing where it goes.

Well another one of those

Is one pf those where the novel have great potential but with poor execution killing it...

Theres little to no character development/background

The plot direction is already going towards preplaned path to strongest and coincidence encounters...

There are many more demerits dude to not common troops but cheap and easy while overly used troops...( not talking abt mc second chance cuz thats common.troop)

Is not a sponsored novel so ...

Is a barely ok time killer...

I love it, even if it's been done before

Reminds me a lot of "reincarnation of the strongest sword god" from gravitytales, which is one of my absolute favorite currently translated stories. Keep up the good work, & consider getting a patreon account if you need more motivation, this is one of the few stories I would consider worth sponsoring:)