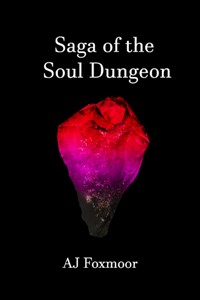 great start in an overcrowded genre

I usually leave longer reviews, but this is just an overall thrilling start to a dungeon core novel. I hope it stays that way, it has a lot of potential!

A must read for dungeon core lovers!

This is a fun story, exploration of what a dungeon core can do is well done. Characters are interesting and varied, even the species are original beyond anything I've ever seen. Thus is top tier dungeon core, if dungeons are something you enjoy than this story will have you awaiting the next chapter with bated breath. As a sidenote the author is involved in the comments, and truly wants to know how you feel, which isn't something common but very welcome nonetheless.

As of the first volume the style, story, and character development have been amazing. The biggest flaw is occasionally words are used in a wrong or confusing order and other times the wrong preposition is used. Paragraph size is also sometimes a problem.

As the story opens up in the next volume it is still to be determined wheather the author is capable of expanding effectively on the very interesting premise he has set up. Will the story lose its way in the infinite possibilities or does the author have a story he wants to tell that transcends his story's premise?

Have you ever seen a dungeon with a split soul? With one of them being a human soul and the other being a blood thirsty soul, no? Well, look no further. The Saga of the Soul Dungeon is for you.

If you like Dungeon Core stories, you'll like this one.  Foxmoor seems to be dedicated to finishing this one and also to doing a good job of it, he's already going back and editing.  So it seems like a good bet if you're a fan of series like The Divine Dungeon by Dakota Krout or The Slime Dungeon by Jeffrey "Falcon" Logue.  I personally like the newish take on the dungeon core (similar to I Was Reincarnated As a Magic Academy!) with a protagonist that seems like a nice guy who is smart about it and taking steps to preserve his morality from the get-go.

This is a very well written dungeon core novel.  The protoganist actually has to struggle for more than one chapter to achieve his goals, there's a good reason given why the MC is reborn as a dungeon core, and the MC didn't immediately become a psychopath when he became a dungeon core.  There were a few awkward phrases, and some of the world-building, especially the names for the seasons (Grow, Thaw, etc.) and the description of the ring around the planet, were distracting rather than immersive.  Overall, it is so far (Chapter 2.10) an enojoyable read.

This story is overall fantastic.

We get to see into the mind of the MC, Caden, who has been pulled from our world at the moment of death as his soul is captured and fused with a dungeon core.

What I find so fascinating is the care that Foxmoor takes to truly explore the depth of this situation. Caden responds how you would expect for someone who just went through a traumatic experience. He has to deal with it multiple times. Also he stays human. He does not suddenly turn murder happy even though he acquired the instincts of a dungeon.

He is a person, with human flaws and strengths. He also takes the time to truly explore his situation. He works on figuring out how the skills and magic work at a far deeper level than most LitRPGs.

I would say that character is the strongest element of the story, even if Caden is slow and methodical. Caden's thought process is apparent and obvious every step of the way even if the reader might not have made the same connections on their own.

Grammer and spelling are the weakest, but even these are far far better than the average story on RR, which is why they got a 4.5 while everything else got a 5.

I am really really looking forward to reading more of this story!

Note: I don't normally leave reviews, but I felt compelled to leave one after someone complained in their review that the story was derivative and another dungeon core story.

Really? That is literally in the title. Of course its another dungeon core story! Also the connections to the story they mention are tenuous at best. The other story is really good too, but they are really nothing alike.

I'm really enjoying what has been written so far.

Dungeon core novels have some fixed story points. Resource gathering, monster creation, fantasy world settings are all almost required plot points. How these points are handled matter and this novel does it pretty well so far. Unique takes on mana, world-building, and a more science-y take on monster creation have already come up and are very interesting. (What is going on with the sun?) I think it is worth reading.

Reviewed at: Saga of the Soul Dungeon - 1.6 - Dealing with Solitary Confinement

You, my friend, have talent in spades to tell a story and an enviable imagination.

The only recommendation I can give you is to proofread a second time before posting. As a non-native English speaker, I understand that you sometimes confuse words and the syntax not always make sense or sounds better in your original language.

I am sure you can only improve and I have high hopes for you!