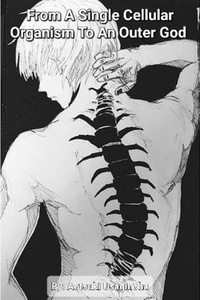 From A Single Cellular Organism To An Almighty Outer Eldrich God

Dr. Daniel Wang was originally a virologist and biology researcher at Beijerinck Labs, but unknowingly an armed terrorist organisation group has unexpectedly raided and quickly has taken over the lab.

Everyone was held at gun point. And after getting what they want, the members of the terrorist organisation group then immediately kills off all of the remaining scientists, researchers, & the workers of Beijerinck Labs. So that no further evidence of their crimes were left behind of this ordeal, apart from the trails of bread crumbs and crust that were purposely left behind to dissuade the police and mislead the federal government agencies to follow a different path.

By a stroke of luck, Dr. Daniel Wang was fortunately given a second chance of life. A new life in an another world, reborn not as a Human, Plant, Animal, or any sort of sentient humanoid lifeforms, but as a mere single cellular organism...

PS: This story was slightly inspired by 'Once Human, Now A Parasite', 'Reincarnation: Evolution', and 'Spore' the game.