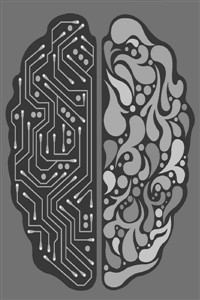 The year is 2152. Rune Yahui is a nineteen-year-old failure, not having gained entrance to college or the military, with no significant prospects in life. Even worse, Rune is the poorest of the poor, hailing from the mega-slums of New Southern Chicago, the lowest pit of America.

In a desperate last-ditch attempt to gain a future more lustrous than toiling the rest of his days away in abhorrent conditions in one of the near sweat-shop level factories that dot the megapolis, Rune signs up for the Virtual Citizen program, a program to cull the excessive world population by transferring just their brains into a video game. In a stroke of rare luck, Rune is admitted into the program and happily submits himself to the surgery and digitization process. Unfortunately for him, he wakes up several hundred years later than he expected... or does he?

This isn't a type of story typical to RRL. You may have noticed LitRPG in the tags, but it's a relatively minor element in the story until later. You may also notice Slice of Life is in the tags. This story is going to be slow and there won't be any power tripping until way later if at all. The focus will be on character development. That doesn't mean I won't still have action/excitement, however. I encourage you to give the story a try. Maybe it will be your thing, maybe it won't. Thanks for even taking the time to read this, and if you do give my fiction a try, I hope you enjoy it. If you don't, well, I hope you find something that you do enjoy. Happy reading!

i'll revise the rateing ince more chapters are out. Also a side note.FIRST