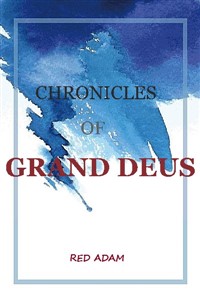 Waking up from his carrier, Chris found himself alone inside the room.

Seeking for answers why he was awake from the place, an unknown phenomenon occured made him in doom.

Witness our protagonist as he uncovered the secret the world his big brother created and how he would be known in the world as the first Evil God Reist — Grand Deus.

In the Chapters 0 to Chapter 11, the story depicts the previous past of MC and his elder brother. The sacrifice and love showed in both characters amused me so much. But the grammar needs a lot of improvement. Although the main issue was the words used in each chapters, the author efficiently showed through phrases with sense of humor.

I found a funny part where the Secretary of the elder brother fell in love with the old man. Hilarious! Definitely 5/5 in the process of Rom com, if it was in this kind of genre.

Chapter 12 - 16 was somehow keep the story under awesome adventure between the MC named Chris and his only sole servant, Lom, (spoiler: he was in the formed of guinea pig). I love the bravery and sense of humor of each characters.

>>> I just hoped he put a romance in this one. Just make it happened, author!

Story: The age of humankind has ended in this story and rebirth as new races evolved inside the world. I love this one because he shows the real situation happening in our society. {Preach it!}

Grammar:The grammar is relevant in each chapters. I appears the author copied the style of Japanese and Chinese novels. He already grasped the potential in his stories but somehow a little off in each sides of his words.

The sentence is mixed in present and past tense in first chapters of his series but his entire plot counterattack, making it in good scenario.

Comedy: Hilarious and very well made. Very accurate nowadays. The inner deep thoughts of the Mc is so funny and interesting to follow up.

Spoilers: Sorry i don't want to.