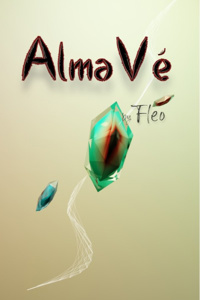 First thing you have to know is that it's a tragedy.

Nope, not talking about my book yet. It's a tragedy that you're reading this instead of clicking on chapter 1. I did fail speech introductions after all.

My story? Right that's what you're here for. My bad, try this:

Lilia Hammond is reborn (cliché, but we all know we enjoy it when it's done for a purpose) as Syndra Sanmey. She was a graphic designer who hadn't caught her break yet. She was paralyzed for months before she was offered the opportunity to join a program that would allow her to-NOPE! not virtual reality. The doctors killed her and dumped her body. Tough.

In her new world, Lilia has to fight herself to find out who she truly is. With the possibility to cast magic and a second chance at life, Lilia thinks she can really make something for herself. Her goal? Become the greatest artist the world had ever seen. The rub? World is a bit darker than anything she saw on earth. Thankfully, Lilia is getting quite familiar with the darkness inside her and her magic might just be the thing to save the-hey! wait it's not that kind of book.

No saving the world. No hero syndrome. Just magic and blood and a bit of crafting. Yup. Fighting. Romance? Eh? What's that?

The first arc is Lilia's shift from Earth to creating backstories for the three major characters. It's not funny and light. It's often dark and funny. Ah, I really should have gone through a punk-rock phase. Or goth. Would I look good with black hair? Hmm..

There are three MCs and they are Jackson, Daryl, and Lilia/Syndra. Daryl is currently kidnapped and Jackson just awakened his magic. I don't want to spoil (much) but soon things will be very fun to write.

Hope to see you there! Leave a comment even if you're just stopping by so I can say hey!

Chapters to be published twice weekly. Check tags before reading.