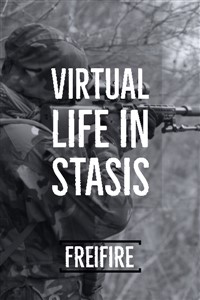 At the end of WW2 the world govenments came together and united the world. The formation of the United Earth Gorvenment was officiated on the 1st January 1946.

Over 250 years later terrorists detonate WMDS causing an extinction class nuclear winter. of the 25 billion people that called the planet home only 100 million people managed to escape into space, spread across Habitats spaning out to Pluto.

Now, almost a decade after the event now known as The Escape, tensions are running high as resources start to run low. The UEG has put together an ambisious and extreme response. The ARK missions, one-way tickets in deep stasis to other galaxies with potential golden worlds. The good knews, you don't age in stasis, the bad, most people who sleep for the time needed to reach even the nearest galaxy, generally wake up insane, or as a vegetable.

The UEG has said that this will be addressed by using a virtual reality to train and allow the sleepers to still have mental activity during stasis.

As a bonus to encourage people to sign up and ease the burden on the already straining resources, the first hundred thousand volunteers get some bonus privilages.

The choice was obvious for one band of comrades, or atleast for their boss so they got signed up and squared away, what will they bring to this new and different reality?