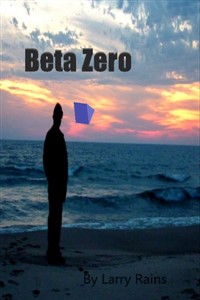 The first few chapters were meant to showcase the characters' confusion and reflex reactions. Hopefully these few additions I'm including now, with more explanations as the reader continues, will make it a little less jarring.

Mind racing a thousand miles an hour, nearly enough to keep up with his thrumming pulse, Wren starts pulling everything he knows, scant little that it is, together to make sense of the situation. Despite the logic half of his mind trying to tell him that panicking won't help, his body doesn't seem to want to listen.

Gotta calm down. My chest and left arm are starting to hurt and that can't be a good thing. Can you say heart attack children? I knew you could!

A small, translucent window opens to the upper left corner of his vision with strange fractal like markers, rhythmically rearranging themselves.

Okaaay....Is this the timer? OMGWTFBBQ, I can't read it!?

“Oh,Troy and mist-er Wren, I'm Lillian Easterbrook. You can call me Lilly if ya like. Um, Wren, you don't look so good. Maybe we should all sit down?”

“I'd like to second that motion,” Troy manages to squeeze out through gritted teeth.

The trio awkwardly shuffle away from the increasingly rowdy crowd and slide down to the overly smooth and unblemished stone-like floor. And as Troy and Lilly start nattering around in circles about who to metaphorically finger, Wren made non-committal grunts while cautiously eyeballing the approaching old lady he swiped the water bottle from earlier. The low and menacing tone in her voice gave him a pretty good idea what the problem is but since he can't understand a single word she's saying he has no idea how to quell her building tirade.

Seriously lady. You're gonna try to start some beef over a bottle of water with all this crazy going on?

“I-I'm terrible sorry mam but our f-friend really needed some water. A-as you can tell, he's badly hurt!” Lilly manages to interject, bringing the focus of the woman onto her.

It takes all of about thirty seconds for Wren to realize that Troy and Lilly can understand what she's saying, that he was the only person out of the loop. Roughly three seconds after that, he notices that there are about two dozen ominous, sooty-streaked gray pillars of light descending into the crowd and one of them is over him.

“What the fuck is that?” he whispers out, barely audible, before trying to scramble away. The old lady, mistaking his actions, reaches over and slaps him in the face before turning to Lilly and ripping her gold cross necklace off, crisply turning around and striding away far more spryly than her appearance would suggest she is capable of.

With newly formed tears in her eyes she screams, “ NO, anything but that! My M-mother gave me that!” The descending light noticeably bends away from Wren at the last moment before slamming into the old woman, as if shunted by Lilly's rage and grief, reducing the gristly old woman to ashes, clothes and a gleaming religious accessory.

Lilly dashed forward so quickly she left Troy sprawled on the floor, clutching his wrist as she snatched the necklace out of the ashes, clutching it to her chest just as desperately and looking even more pained than her injured companion.

“Acts of violence, theft and molestation will not be tolerated in the reception room. You have two minutes left to make your choice,” Quetz drawled out in a dry, even tone.

I almost got death-ray'ed over a bottle of water!? Guess ganking Lilly's necklace canceled out my offense but turned her into an offender? But seriously, to kill us over it is crazy! Alright, I believe you now, Hiidan. If they're willing to kill a couple dozen people just to prove a point, what wouldn't they do to someone like me who's hitchhiking a hacker?

In the eerie silence that followed, an industrious fellow towards the center of the visibly less clustered people, started issuing statements in a loud but calm voice. It didn't mean a damn thing for Wren, seeing as he couldn't understand a single word that was being said, but it gave him a target to focus on as the pain in his left arm quickly intensified and started spreading to his neck. His vision slightly darkened around the edges as he gulped down a labored breath. His heart beat deep and hard in his chest as if being played by a violently drunk Death-Metal drummer.

With all the strength he could muster, slowly but with an odd steadiness, lifted his hand while pointing at the loud man and stated as clearly as he could, “You are the spy.”

A barely audible girls voice echoed his statement a moment later, down a long illusory hallway. After a few more booming statements from the man condemned by Wren, most of the fingers were pointing back at Wren, while one or two were leveled at his companions. The loud man winked at Wren before disappearing in a cloud of colored motes, much to the dismay of all the people that got duped by him.

Echoing through the ever growing auditory tunnel he heard Lilly say, “How'd you figure it out Wren... Wren?

“ The choice has been made. The first to chose correctly will receive an attribute point redistribution opportunity based off of the average of humanities top one percent or their own,whichever is higher. Second and third will receive a cosmetic change. The one who received the most false accusations, due to a generous donation from one of our operators, will get a race change opportunity. All correct answers and false accusations collected will receive 10 achievement points each, which will be discussed later, ” Quetz chuckles to him/itself. “And since one of the participants received a reward that, if not utilized now, they may never get to use in this lifetime, I'll allow a five minute respite for the operator to walk them through accepting.”

Wren laid on the floor in terrified wonder as he looked into the window of multicolored fractals, deciding not to contemplate the mysterious force gripping his innermost self, disallowing it to slip into unconsciousness. In a handful of eternally long seconds, maddening swirls of lights and shapes coalesce into two definitive sigils, one glowing a brilliant gold and another glowing an angry red.

Yet another blind leap of faith? Alright, hacker buddy. I hope you know what the hell you're doing. Let's just take the line Hiidan said about me being 'Gold' if I can make it to mission three as a hint, since this is most definitely not a human friendly version of whatever the hell this is. Besides, only suicidal people would choose glowing red, right?

As Wren tries to lift up his hand, in vain, to select the gold sigil, a mental tug of query and acceptance appears and fades along with reality.

Shit, did I die after all? Wait, I can see stuff...A giant hand wants to scoop me up? No! Oh, it's the nice girl's voice. Sorry, if I knew it was you I wouldn't have moved. I don't know how I moved even though I'm still moving. I can't stop!Oh, that's Abergimpy & Crutch's face.

A kaleidoscope of fractured memories and dreams gives direction to the newly formed addition to Wren's consciousness. The energy state of Wren began being replaced by flesh and blood, form dictated by alien whim, function governed by cosmic machination. Sensation and perception snaps into crystal focus as reality rearranges itself back into a recognizable form leaving Wren dazed and slightly nauseated.

“ W-wren, is that you?” asked Lilly in a small voice. A look of awe and undisguised curiosity painted on her face.

“None other, why'd ya ask?” replied Wren dryly, shaking off the the last bit of disorientation.

I felt like a tiny ball of fluff...What the hell did you do to me, secret buddy?

As Lilly rummages through her smock top pockets, Wren glances in Troy's direction to be met with a face full of what Wren took as slack jawed horror. Ignoring the sinking feeling in the pit of his stomach, Wren says, “What, got something on my face?”

With an audible click, Troy's mouth slams shut as a faint trace of redness appears on the edges of his ears.

Damn right! You better show a little embarrassment after looking at me like I just climbed outta the Black Lagoon!

“Here, best if ya look for yourself,” a faint trace of wicked amusement light's Lilly's eyes as she hands him the mirror side of a broken compact case.

Giving himself a quick once over, Wren decided to rip off the band-aid and took a good look at his face.