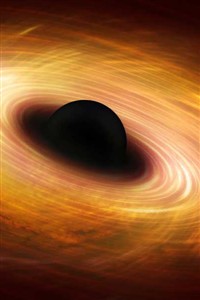 The last thing I remember was meeting up with my bros at the local shithole dive bar then proceeding to get shit faced drunk.
I was 17 legal and full of worries and ambitions.
No class, no status, and no reputation or representation
I was a nobody. my father was a adventurer, a thief.
He was out looking for a class stone for me.
Having not seen his face in almost a year. I was starting to presume him dead, in the back of my head.
Class stones were a rare drop. The smartest minds of our generation narrowed it down to a percentage 0.01. Something like one granted every 1000 minster kills or extreme luck.
Mini bosses and main event bosses had a higher percentage of drop rates but were difficult requiring a well matched party to an army of lesser combatants. Making the splitting of spoils much more difficult.
I slightly recall bumping into Fearless. The leader of local gang my father owed money to. I talked to him last week. I would work hard, give him seventy percent of my wages.
Fearless smiled only smiled, eyes smouldering.
I thought nothing of it drunk, dancing on the floor with a filly who sauced, uncaring about my straying hands
After last call for alcohol, me and friends split ways like a torn piece of paper.
I stumbling home i was unaware and unprepared for the shadows that followed me.

Roughly hemmed up from behind. Hot force shot througg my body when i was used as a battering ram. colliding with the wall of the alleyway leading to my humble abode.
Instead of screaming out for help i used every ounce of my drunken strength to fight back, awkwardly accomplishing nill.
Face grinding into the side of a two bit clothing store, I couldn't identify my attacker
But  when he spoke it became all to clear
"Your father owes me a lot of money little man"
Breath halted in my lungs. It was Fearless!
A one eyed grizzled wolf. Leader of over  hundred men. A walking legend. Never defeated in single combat.

With a feral grin on his face, Fearless turn to someone  behind him "use jump on him" he practically growled to his mage geared subordinate. I hadn't noticed him.
Jump was a spell that was life saver In A dangerous dungeon situation.
Otherwise it was a life taker.
If used outside of a dungeon, the target was randomly teleported into a dungeon widely believed to be uninfluenced.
Right before the spell was cast with me as the target, overwhelming dread swallowed me whole.
The mage raised her hand silently regarding me with curiosity more than pity
She instanta cast the spell
I was swallowed in darkeness