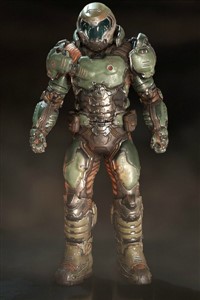 Remove Ads
Next Chapter
A note from DeckerWhite

Changed title figured it might be confusing if i didnt.

As i walk in class unoticed and sit down as usual, the hot party walks in. Let me explain the hot party consist of the best looking guy in school and his 4 best friends and they are the 5 best looking kids in school and for some reason they want me to join. And that is why everyone is constantly pissed at me cause there are 2 guys in said group and 3 chicks and one of those chicks known as the hottest girl in school wants me as her partner no matter how much i deny she just wont stop chasing me. To be honest it pisses me of a bit i mean ive heard of persistent but this bitch has been chassing me since elementry school when she first noticed i was ignoring her and i dont know if its cause she cant belive i would ignore her or if its cause i dont care about her body but either way i dont care. As the group walks up to me the hot guy waren starts talking to me "Hey decker buddy hows the day going" and my response in the broiest voice i can manage without throwing up in shame "oh man dude bro it was totes radicaly cool until just right now for some fucking reason" i end with a glare that makes the other guy flinch whilst wishing they would be teleported away to the darkest pit in hell. And thats when said teleporting portal appears and takes us all away.

As the light finally dies down after what felt like an eternity i hear a voice say "nah that was only two minutes not an eternity after all you would be insane if that was an eternity i would know after all im absolutly nuts when im not serious" why does that sound both serious and joyvioul at the same time and as the last of the light disapers there in front of us all is only what could be described as a child he introduces him-self "hello you little children im what yall describe as a god and im bored" me "...Well shit were royaly fucked in so many ways"