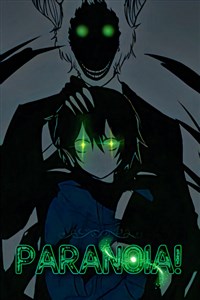 He felt it. The way helplessness kicked in and showed him the sweet but suffocating cage he was locked in. He just wanted to break free and feel the thrill of being alive. Having been granted that wish, he'll find himself amidst the conflicts of creatures lurking in the shadows and super-powered humans that prefer basking in the daylight among the average.

It's not a problem though, he'll thrive and survive. He has a system after all.

Give it a shot

It is good and like said in previous reviews it is probably not for most people on rr. It has genres kind of like Euphoria and maybe a little like Mythical Conquest character wise, but it could be to soon to say. So far I have really liked it as of chapter 10 and if you are debating on whether or not to read it I would say just to give it a shot. It could not be your thing and that's fine it's not going to be for everyone, but it could BE your thing and your eyes will be glued to the screen if it is. Either way no regrets.

Not many of these kinds of Mature stories on RRL

This story if you see the tags is probably not for most people on RRL . It's kind of like Godly System on RRL too . But i think this have another direction . I like the mysteriousness so far. Seems like we have many chapters to go before we get answers . Not too much to comment on right now . I like the style and grammar , english isn't my first language so i don't see the small mistakes some people do.

My first review i think . So excuse me if its shit :p

It's great, so trying it out won't hurt.

The somewhat long version of why I consider this story is great and how it caught my eye early was the main character, because he's not some loser or 'average' weeaboo loser for once! In fact he's pretty much superior in comparison to his peers. When he got his powers, it was so refreshing that he didn't compared it to a game like RPGs or anything but just saw the numbers and treated it as such. I still don't get why most main character would gush over such a stat system and quickly compare it to an game mechanic and thinking that them making the connection is such an advantage and an accomplishment and also think that them spending an entire summer playing games in their mom's basement finally paid off, when anyone can pretty much figure that shit out without them being a basement dweller or a weeaboo loser.

As for the plot, I hope it slows down a bit because so far, it's going light speed with very little setup. What I enjoyed the most actually is the MC dealing with his social life and new found powers and whats it's effect on his psyche. Power doesn't corrupt, it shows character and that's exactly what happened, he was restricted before but now, he's free and I'm curious where that'll leave him but my personal hope is that it doesn't go in the cliche route, we already have enough stories warning us about unchecked power, it's bout time we see the pinacle if it all.

Well anyway, I hope the story slows down and set up more buildup rather than thrusting the main character into battle and conflict in random, also dealing with Jered's new found worldview and perspective, aswell as his social life more than the random fights and rapid powerups would be a great improvement.