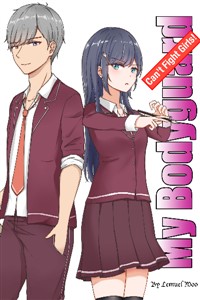 Remove Ads
Previous Chapter
Next Chapter
A note from lemuelmoo

Sometimes the formatting on RoyalRoad feels off when publishing. Let me know if it happens through the comments.

Read Chapter 13: Preparation For The Match at lemuelmoo.com!

Bio: I'm an aspiring author who hopes to have an adaption of my stories on anime. I have watched many Japanese and Chinese anime, and I was very unsatisfied with how some of the male leads were portrayed. It didn't really make any sense to me where a guy is perpetually dense and a flock of girls was just surrounding him.

I'm not throwing rocks at any story nor anime, but I began thinking, "What if I create my own story?"

Thus I started writing on Royal Road and my first serialized novel is as titled, "My Bodyguard Can't Fight Girls!"