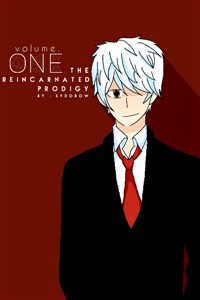 For old readers, please read the recent Author's Chapter regarding the future of this book.

Albert Neilman, known as the "Modern Da Vinci", is the very first member of the "Great Five". A group of five incredible young prodigies that changed the entire world. Due to the fact that Al has mastered advanced politics at a tender age, he was hired to become the adviser of the president of the United States of America on his 16th birthday.

In under a year of being the adviser, he has performed numerous positive feats that boosted his popularity all over the globe. But, after one year of being hired, he died.

Era, the Goddess of the planet "Erevus" took Al's soul from the Cycle of Reincarnation and gave him a chance at another life. Due to the fact that the people of Erevus was underdeveloped in science, Al was tasked with leading the people to a more modern world.

Follow Al as he introduces numerous objects such as gunpowder, electricity and the beauty of potatoes!