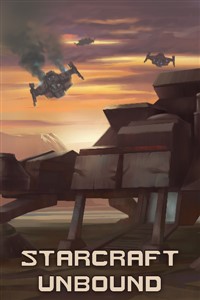 Earth has been taken over by beings well beyond our control, their reason was boredom. Now, a set number of individuals have been selected based on methods and means only these beings understand to enter into pocket universes, or game worlds. The 'players' may never leave these worlds, the original story can be changed. It is ever growing and evolving, some get fairly lucky and enter simple games, like minecraft, others enter horrendous landscapes of doom, litterally, several were sent into the game Doom, and are viewed by all those on earth not forced into this arena like hell. Earn a following, earn extra prizes, die...then you die for real and another is sent to take your place from the beginning. No one knows what happens if you beat your respective game, because no one has...Me? I'm a an ex soldier, fought in the last real war against these 'Beings'. For some reason, likely a final fuck you, they have sent me into my own personal favorite ancient game, will I find redemtion, or death?

Started kinda okay. Not really into Mind manipulation or slavery. But thats the Whole Theme here.

MC is a slave, who is repeatedly put down but manages to overcome...

Or, at least thats the premise.

In reality, you read about a supposed War Hero, who acts like a wet behind the ears officer. He is Repeatedly Nerfed. Constantly smacked down. The "Balacning" the system does is borderline non-existent.

Biggest issue is the Side Characters. They keep putting down the MC, insulting or threatinging him. While at the same time constantly talking about how they are not close enough to not be formal in their behavior? MC constantly doubts his own actions and decisions even though he is a War Hero.

I keep coming back becuz I like Starcraft. I hope the potential in the story.

Constantly disgusted with either how the "System"/"System Administators" put down the MC, How side characters judge him when they have no right to. How the MC judges himself when he shouldnt.

MC gets some impossible task, he pulls through barely.

Gets lots of sexy rewards.

Something baaaaaaaaaaaad happens (oh noz what will MC do?)

System is evil so punishes MC for doing what it wanted. (tots make sense btw)

I don't have an issue with the premise, but the author cripples the novel with their need to constantly increase the difficulty and screw the MC over.

This novel would be x10 better if we had someone who was reincaranted with the system ability and was on a fronteer outpost planet at the start of the starcraft series.

No bullshit system fucking him over, no need for every 7 days some epic battle goes down.

Well, I don't see this going anywhere with the constant nerfs and the punishment the MC is put through.

Not an expert but since I had no trouble reading it, then it's fine.

Well, here is my problem with this story, the MC is a total noob officer when he was introduced as a war hero I got the impression he will be badass. Then I read how he got tossed around for the rest of the story killed the joy for the starcraft based story for me starcraft is about you decimating your enemies through the universe not being some green fresh meet just out of training that can't make basic strategic decisions and then we have the system and NPC screwing you over with no improvement ...  well it's not a story for me

for a new writer , you write pretty good,the fight scene are good, the detail are nice and character feel more real, although the mc is just a normal soldier,he sure as hell managed to make it though all of that super hell mode there (the game master keep set the difficulty in hell mode plus 1 for him, at least the reward worth it though) the mc isn't perfect, but he still likeable anyway and have flaw, and the starcraft universe will not follow the cannon aside from basic setting of that universe,why ? ,here is from the chapter:

"The System generated Universe is outside of the games storylines and history. Everything that occurs within this Pocket Universe, outside the maps, is entirely new and based upon actions you make. Further advised, known Hero characters do not exist within the Universe generated by the System, unless added in through rewards."

the only downside is the grammar isn't that good so there will be quite a lot of grammar mistake,at least it readable and the release speed will be quite fast

of course, he will get a set back there, and the drawback become bigger thank for the "hell plus 1" so everyone reacts more negative for him if he f*ck up by still have the "gamer" mentally, it begins to show up at "Boot Camp Hell" chapter if you are wondering (if you think it unfair,read the comment from author)

Loved the premise, I am a fan of SC. The world was well written, and I had looked forward to a conclusion in some form

Man I really hope you continue this great story, I love base building and what you have done here really makes me happy.

Hope you take this story to be one of the best

I can not say anything else, this novel is great.Recommended for everyone.Let's hope it continues that well.

The blurb says it all.  A guy is sent into a Starcraft-esque game universe where he lives an RPG/FPS life.  Really fun and well written.  Dying for more.

Overall:  A really fun fanfiction LITRPG that gets you excited at what will come next, what choices will be made and how that will affect the story.  The Starcraft theme helps you get into the story and makes you wonder how the MC will change and grow the universe with his choices and actions.

Style:  Reminds me a bit of Terror Infinity: Side B but with RPG/FPS feel.  It is easy to read and get into.

Story:  The premise is simple which allows the story to jump right in without a long introduction.  The knowledge from the game is great to supplement the story and a base from which to grow.  Missions are fast-paced which allows for more time for in-universe, base, social and personal growth.

Grammar:  Fairly good English skills making it easy to understand and well written.  Any errors are minor and don't detract from the flow of the story.

Character:  The MC comes across as foolish at the start but not ignorant like some MCs.  This is understandable due to him adapting to his new situation and helps him grow as a person.  He is slowly through experience learning from his mistakes and become a stronger person.  The supporting characters are fun and extremely important/helpful to the MC.

I love the Story and Dirction its going. I REALLY wish u dont Drop it in the Future someday not before 250 Chapters. From the Lore of Starcarft i can see that you have much to write and many ways to go.

I hope the Story gets some Zerg Element in form of Units(Hero: Crazy Doc in Firebat like suit and shoots a special Infestation Fluid), Updates(Neural resocialization tank: Marines of that Typ cost 75 less and dont need payment but cant become better and need people leading them, using ur own people reduce ur Likeness with Heros and People ) and Abilitys(oh u know two P..... and the other stuff) throught for Example Jacobs Installation as Legendary Building. The Character is a little on the normal side for that he can destroy one of the Aliens Ship.

This may come in Handy if u need some inspiration:

A truly enjoyable book by a committed author.

There isn't any real way for me to describe this that would do it justice. This is an excelent story and I beleve that the author will continue to write it, potentialy until it gets to Randidly Ghosthound lenghts. It's one of those rare gems that is simply a cut above the regular royal road stories. The author doesn't even have a partrion so it's not about the money for them either. He or She seems like they do this because they enjoy writing and, while they might not be at the level of Will Wight or Brandon Sanderson yet, they have the potential to get there one day. So what are you doing still reading this review? Try it!