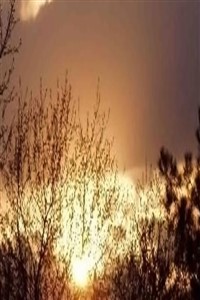 Rebirth, the process of being reborn.  Why does it happen and who really qualifies.

We will seek to look into the these questions by following the life of Richard as we experiences this process first hand.  We will follow his life and his fight against the evil blue boxes and what comes with all of them.

Just ran a spelling and grammar check on the existing chapters and corrected a lot of little issues.

Just so you know, do not expect detailed sex scenes, or a lot of gore and such.  Profanity is probably a given, I added the tag today....I mean you've seen how the Blue Box God talks....I'm shocked our MC has keep his cool so far.

Also just FYI, I've got the entire per chapter outline complete for what will end up being book 1.  That being said I've discovered over the years that a good outline lasts until you begin to wrote the chapter out.  What that means is that even with a good outline because I tend to rethink thing out 4 or 5 times while I write them that it can hold up a chapter from being released.  I'd rather hold up a story to make it flow better than rush something out.  So while you might see at times a very aggressive release rate, at times you might wonder what happened to me because I've stopped posting.  The reason being that after I wrote the chapter I decided it either sucked, didn't flow right or I just decided the direction things were headed no longer seemed right.  So I'll stop, review and decide if I need to rewite all of the outlines to changes things up and then rewrite the chapter, or possibly go back and make changes to older chapters if needed.

By the way, if I ever decide something needs to change, I will let you know which chapters changed and I'll give you a quick outline of the changes so you can skip the reread if you want.

Yes a lot of this story will be told from the third person prespective, though we will listen to Richard tell his story.  Expect a lof of behind the scene components.

I've never published here before so expect it to take me a try or 2 to get an understanding of the formatting and such.

Also I do not post a schedule.  Sorry but real life always comes first but I will try and get things steddy.

Author appears to be sacrificing pace, descriptions, worldbuilding, style and characters for the plot. But plot so far is just as mediocre.

Story could be salvageable by adding a lot of good witty  comedy, or maybe ton of explicit lewd content. But I cannot see it future as genuine serious work of fiction.

As of chapter 5 this story shows great promise, I just hope the MC does not turn out OP too quickly.