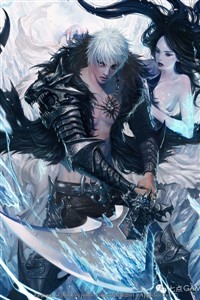 “Fan Meng, my stone recording broke before I could arrive at the lake. Since I don’t have any concrete evidence, I admit defeat.” Ye Xue slowly explained, showing a slight displeased expression.

Even though Ye Xue did not really want to give away 5 gold coins for losing a bet, it was still better than revealing him with the stone recording about what happened. It was a small loss, but he was confident that he could make a fortune once he arrived in Snowy Mountain City.

Receiving his money, since Man Feng already finished eating several minutes ago, he left the counter and headed to his room.

By the time Ye Xue arrived and talked with Fan Meng and Yuan Xiang, a plate of food was already served in front of them. It was the free dinner included to the reservation they have made yesterday.

Finishing their plate, Ye Xue and Yuan Xiang returned to their own room, packing their things to depart at dawn. They have to arrive in Snowy Mountain City as fast as possible. The quickest, the better. They have within two months before the starts of the Snowy Mountain School.

Such a feat was extremely hard for them who do not use resources such as cultivating plants, cultivating pills, spirits stones, etc... One could say that it was even impossible without resources but that was another matter for Ye Xue. After all, he possessed the knowledge of his ancestor, the knowledge of a learned scholar from the Heavenly Realm!

Calming his thought, Ye Xue sat on the ground and started organizing the memories of his ancestor. Right now, what Ye Xue need the most was a good Qi Gathering cultivation technique for his unique constitution.

For example, if Ye Xue and Yuan Xiang were both to cultivate with the same method for a month, Yuan Xiang’s growth will be ten times faster compared to Ye Xue. It was the unique problem that the Ice Emperor Bloodline possessed, thus, making Ye Xue’s situation extremely complicated.

Without wasting any time, he started controlling the flux of his Qi using the Ice King Cultivating Technique to familiarize with his new cultivating technique. It was only after two hours of meditation that he decided to go to bed due to the extreme exhaustion on his body, falling immediately asleep the moment his body fell on the bed.

The next morning, Ye Xue and Yuan Xiang left Red Flower City at dawn. The distance between Red Flower City and Snowy Mountain City was quite far, approximately 1800 Li¹. It will take them around 6 to 7 days of travel before reaching Snowy Mountain City. If they were to travel by carriage, It will take them only 3 to 4 days on a carriage, but due to the lack of money, they could not afford to travel by carriage.

After a few hours of walking, Ye Xue suddenly stops which surprised Yuan Xiang. Waiting for several seconds, Ye Xue still did not move. Approaching him, Yuan Xiang noticed that he was closely examining a common herb with a shocked expression.

Confused, Yuan Xiang could not help but asked, “Big brother Xue...What is wrong with that plant?”

“Yuan Xiang, do you believe me? That herb is called the Wild Spring Grass, a precious plant used for cultivating pills. With this, we will easily reach the middle-stage Intermediate Qi Gathering within a week!” Ye Xue exclaimed, showing a delighted expression.

Although he did not expect Yuan Xiang to believe him on the spot, he never expected that kind of outcome. He did not know whether to laugh or cry.

“Nevermind. Just help me to collect this plant if you see one. I’ll show you once we’ll get to Snowy Mountain City.”

Ye Xue still does not know if he should tell the truth to Yuan Xiang or not. He was afraid that such information could endanger him, thus, dodged the explanation. He believed that one day, he will be able to tell him about it, but not yet. They were still too weak to protect themselves, it was not the right time.

Collecting all the Wild Spring Grass from the surroundings, they resumed their travel to Snowy Mountain City.

At the entrance of Snowy Mountain City, two men were slowly approaching the gates. Passing through the frozen river, the whistlings of the cold wind in addition to the snowflakes falling from the sky showed both of the men a magnificent scenery of the season called winter.

Passing through the gates of the city, the temperature suddenly increased as if the city was showing them a warm welcome. Although one of the men was slightly unaffected by the cold temperature, the other one, on the contrary, was glad that such warmth suddenly invaded their body.

Searching for a good place to stay, the duo visited the bustling city, surprised by the entertaining atmosphere. After walking for roughly twenty minutes, the two men found a good inn where they could stay. Once both of them unpacked their stuff, they separated and started visiting once again the city.

Arriving in front of the commerce’s district, the man looked at the goods displayed on the stalls with an excited expression. There were many things which interested him, but he restrained from spending his money.

Thirty minutes have passed since the man visited the commerce’s district. Just when he was about to leave the area, he suddenly heard a commotion inside a runesmith shop. Out of curiosity, he entered the runesmith shop.

“I already told you. As long as you can enchant my middle-tier human sword with a decent enchantment, I am willing to pay a decent amount of money!”

In front of the counter, a young black-haired girl wearing a beautiful red silk robe was standing. The man could only see his back, but he could already guess that she must be quite a beauty from her exquisite and perfect jade-like figure.

“Young miss...I’m sorry but I don’t think I have enough talent to enchant such good weapon. If I was to enchant your weapon, I’ll only deteriorate it.” With a worried expression, the runesmith said.

Hearing the discussion, the man concluded that the runesmith was more likely not willing to accept the request due to the lack of his ability. Approaching them, they realized that someone entered.

“Welcome to my runesmith shop! What can I help you with?”

The first one to react was the shop owner. Turning her head, the young black-haired girl’s eyes directed towards the young man who just entered.

“I can probably enchant your weapon, but I have a few conditions.” The young man said, smiling confidently.