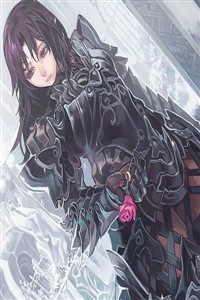 A Tale of Two Sisters

Among the Order of Dragoons, Lauriel Perthesa is one of its most famous. Adored by the people and respected by the royal family, the knight is equally skilled with the halberd and with magic. Her fame and reputation precedes her nearly everywhere she goes, but she cares little for it. But when Lauriel once again heeds the call to arms to defend her kingdom's borders, a single mistake sends her life crashing down, reducing her to a cripple. Beset by mysterious, unreal nightmares and aching for redemption from her shame, the humbled warrior begins her own, solo adventure to reclaim her lost honor, one that may reveal pieces of a past and childhood long forgotten.

Schedule: One to two weeks, depending on real life circumstances or length of chapter, usually released Saturday night.