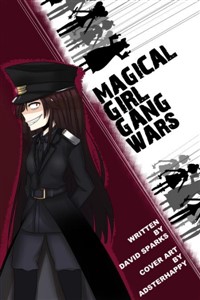 (Note: Rereleasing chapters as they are edited)

Before we begin please remember from this point forward those that have a weak heart should turn back now.

This won't be your average magical girl story.

In this story, there will be many things that people may or may not be comfortable with reading. This is a story that will descend into a madness of the highest order. The happy moments will be short and sweet with sadness flowing like an endless river.

From this point forward you have been warned and enjoy your stay.~

In the worlds where magical girls exist, wars are being fought on Earth and Astral. They fight against each other within the light of society and the darkness of the gang underworld. Men are at the lowest pecking order of such gangs treated like slaves to their overlords, the magical girls.

Warfare is being conducted all around the world with the regular police and military useless against the power of magical girls. Drug roads are fought for, men are traded as cattle, and corruption has reached an all-time high in the governments around the world. The world is edging ever closer to all-out interplanetary warfare.

All signs are pointing at World War Three, better known as the Second Magical Girl War, being on the horizon ambitions are growing.

Our story takes place years before the Second Magical Girl War begins. Gangs have started sensing the change of the game and have decided to bolster their forces by hunting for new blood amongst the common folk.

Some Good Fucked Up Shit

I love how twisted this novel is. I want to read more about the completely unrestrained magical girls. They just give into their desires. They also swear all the time. This stuff is great. Also some parts are kinky.