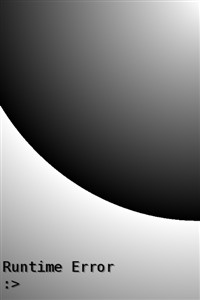 [META] State of the Fiction

So, I'll just jump right into things: I'm putting the fiction on hiatus. There are a lot of reasons for this, some personal, but I'll do my best to explain here. The biggest reason is, well. This project has been a clusterfuck. It started off with small problems, things I noticed but didn't know how to fix, so I patched over them, and they've grown and grown and grown, as I've had to cover for them more and more. Had I been a more experienced writer, I might have been able to account for them sooner, but now, they are weighing down on almost everything I do, and when I sit down to write a new chapter, its getting harder and harder to avoid them. I'm sure many of you have noticed inconsistencies and things that are lacking from previous chapters. Well, here is your reason.

These aren't insurmountable problems. Its going to take me sitting down, and going over EVERYTHING, though, and I just don't have the time or the energy to do that, AND put out regular content at the same time. And to be honest, I'm starting to lose the motivation to even bother. That was what pushed me to take this break. I need some space from this, where I'm not feeling under pressure to put something out for you all, so I can take stock of everything and fix it, get it back up to a standard that is acceptable to both me and you.

I don't know how long I'll be away. I'll do my best to make it as short a hiatus as possible, but this is going to be a process. I'm sorry to anyone who looks forward to new releases, because I've messed up and its you that will lose out because of it. I hope that I won't dissapoint you further in the future. If you want to be kept abreast of when I return, make sure you follow the fiction.